In determining whether a party has a duty to disclose some fact, they should consult with a Sacramento and El Dorado real estate and business attorney. In a recent decision in Orange County, some guarantors of a $7 million dollar loan were a tad disappointed when they found out that the bank did not have to disclose its decision not to extend the loan term. 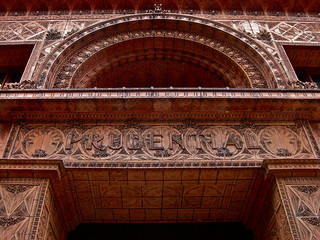 In SCC Acquisitions Inc. v. Central Pacific Bank, the bank loaned the money to buy real estate and pay pre-development costs. The loan was interest only for a one year term, but the bank had the option to extend the loan. They extended it a few times over the course of three years. In 2008 they reviewed the loan and downgraded its riskiness, requiring setting aside another $1 million capital reserve. An internal memo stated that if a decision was made not to renew the loan, the borrower should be notified of the decision.

The bank sent the borrowers a term sheet which discussed restructuring the loan, but it stated that it was for discussion purposes only and should not be viewed as a commitment to lend. The restructure didn’t happen, the borrower was in default, the bank sold the loan, and the new holder, “Gray 1”, sued the guarantors. The guarantors sued the bank, claiming fraud.

The court first looked at the plaintiff’s argument that the internal bank memo required the bank to notify the borrower that they had decided not to extend the loan. The court said no; the memo did not create a duty to disclose. The court noted that a duty to disclose may be created in four ways:
a) it may be directly imposed by statute or other prescriptive law;
b) it may be voluntarily assumed by contractual undertaking;
c) it may arise as an incident of a relationship between the defendant and the plaintiff; and
d) it may arise as a result of other conduct by the defendant that makes it wrongful for him to remain silent.

Here, the plaintiff argues that the duty arose because the bank provided the term sheet, but did not disclose its decision. But nothing in the bank memo created a duty to disclose. 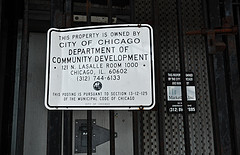 I don’t know if it is good or bad to see the big money losing the same arguments that little money has been making. Before the recent homeowner protections, when double tracking of foreclosures and loan modifications was common, homeowners would make the same arguments to judges and be shot down. At there appears to be some consistency.