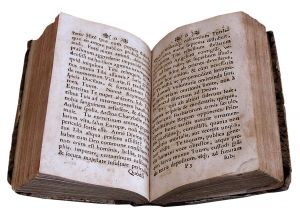 In historical terms, the California deed of trust is a recent development. Originally parties used a “mortgage” in which the property was conveyed by the buyer to the lender, subject to payment of the debt. Prior to payment of the debt, the lender was entitled to possession of the property. Use of the deed of trust with power of sale was developed to get around some of the restrictions of the mortgage and the required judicial foreclosure, a time consuming lawsuit. The property was conveyed to the buyer, who kept the right to possession, but he then conveys “nominal title” to the trustee, who, on instruction from the lender, could hold a foreclosure (by trustee’s sale) without court involvement. Borrowers and lenders concerned with the difference should contact an experienced Sacramento & El Dorado real estate attorney.

The deed of trust became the dominant security device in California in the early part of the 19th century. Mortgages could also be granted with a power of sale, and eventually the legal distinctions between the two disappeared, almost. The mortgage became considered only a lien against the property, and the buyer-borrower kept the right to possession, just like in the case of the deed of trust.

Well, almost. An important difference was pointed out by the court in Haynes v EMC Mortgage.
Haynes borrowed the money from Equifirst to buy a house in Oakland. He went into default, and a trustee’s sale was held. The trustee’s sale deed states that EMC was the purchaser as well as the foreclosing beneficiary, meaning that the debt had been assigned from Equifirst to EMC. This is the same surprise that every whose home goes into foreclosure has gotten in recent history. Haynes filed suit to set aside the sale.

Haynes argued that Civil Code section 2932.5 required the assignee of a the mortgage, here EMC, to record the assignment before exercising the power of sale. The code section specifically says ‘mortgage,’ not ‘deed of trust,’ but like you and I, Haynes knows that “the same rules are generally applied to deeds of trust that are applied to mortgages.”

The court said no, here they were different. While the California Supreme Court, has stated that a deed of trust is tantamount to a mortgage with power of sale, the court never addressed it in the context of this code section. This court found that, in the case of a mortgage, it is the mortgagee who conducts the foreclosure sale, and the statute protects the prospective buyer by requiring the recording so the buyer knows that this mortgagee does have that power. This contrasts with the deed of trust, in which the trustee has the power to sell, and the trustee’s authority can be assigned through a recorded substitution of trustee, covered by Civil code section 2934a.

There is certainly room for greater clarity in the Civil Code in the area of real property security instruments. I guess maybe the court is right in this case, because recording assignment of the mortgage shows who can foreclose, just like recording a substitution of trustee. What I have not yet seen a court do is rule on whether a trustee can record a notice of default before their substitution is recorded. It seldom is, and it seems to me that the trustee has no power until the substitution is recorded.