An illusory contract, or illusory promise, is one where the person making the promise has a free pass not to perform. For example, if the duty of a party to performed is subject to his own approval, without conditions, then there is no legal detriment, and no contract at all. If you promise to sell me your apples at 20 cents each, and I promise to buy as many as I decide to order, we do not have a contract. If my promised is conditioned on the apples not having worms, we have a deal.

In a recent California commercial lease decision, the tenant argued that the rental agreement was illusory. Thrifty-Payless Inc. leased space in an undeveloped shopping center to operate a drug store. The Landlord was to spend lots of money up-front to develop the site and obtain numerous government approvals first, and then Tenant’s obligations would began. The lease contained 2 relevant provisions- 1, that the Landlord could terminate if, acting with due diligence (a requirement- not illusory) it could not obtain the permits. And 2, Either the Landlord or Tenant could terminate if the property was not ready by a specified date. 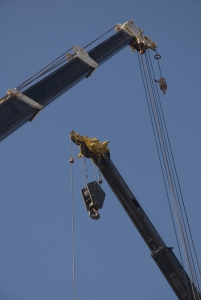 During the process the Landlord proposed what it refers to as a “lease amendment” and what Rite Aid refers to as a “campaign of deception and threats” to increase the rent. The Landlord said that construction costs had increased, and referred to a “2-way termination right” if the lease did not begin by the deadline. The tenant was not interested. From the tenant’s perspective the Landlord misrepresented that it could not currently complete construction by the deadline, including “alter[ing]” construction schedules. Meanwhile the landlord continued to represent to other potential tenants that the property would be open by the deadline. The Landlord terminated under provision 2. The lawsuit commenced.

The tenant argued that the mutual termination provision (2 above) made the lease illusory. The court disagreed. The lease required the Landlord to act diligently to obtain the approvals. Even if the “campaign” was an attempt at repudiation, the Landlord did not cease efforts to complete the store until the State denied approval of a required traffic light. The landlord incurred legal detriment, and attempted performance under an enforceable contract.

I can feel some sympathy for the Tenant’s position. Thought it probably got a great deal on the rent, the landlord probably benefitted in obtaining financing by having it pre-leased. And there is an incentive for the Landlord to delay completion, then terminate and seek higher rent. The original drafts of the lease allowed only the Tenant to terminate after the deadline- making it mutual significantly changed the motivation. Also, with the Landlord seeking term extensions and a rent increase, pointing to the termination clause, while telling other potential tenants that the property would be ready in time, would raise the hackles of any tenant. Maybe the landlord sought advice from a commercial lease attorney, because the key for the court seemed to have been that they kept spending money on the project. There is no record in the decision of how much, but at lease enough to appear to be moving forward. But that was in their own interest, and they were probably going to develop the property no matter what.