It is a general rule of California real estate law that a forged deed is “void,” not merely voidable. Therefore it cannot convey title, even to a good faith purchaser. A good faith purchaser is one who has no knowledge or suspicion of a problem, and pays reasonable value for what they bought. This applies to a buyer at a foreclosure sale. In such a case the buyer, through no fault of their own, ends up with a legal problem and losing money, a good reason to consult an experienced Sacramento real estate attorney. In a recent decision out of Fresno, the buyer at a foreclosure sale not only lost out, but made their situation worse. 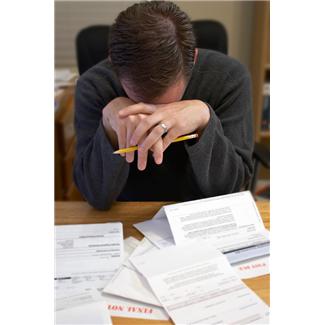 n La Jolla Group II v. Bruce (5th Dist. F061829; 211 CalApp 4th 461), the Baquiran’s owned their home for 16 years. In 2003 a notice of default & note of trustee’s sale were recorded for default on a second deed of trust secured by the residence. However, the Baquirans had no knowledge of a second deed of trust. The foreclosure sale occurred, and La Jolla Group bought the property at the trustee’s sale.

The Baquirans figured out that the second deed of trust was a forgery, and filed suit to quiet title to get the property back. They recorded a notice of action, or Lis Pendens, to provide notice of the suit so that any subsequent buyer of the property is subject to the results of the suit. It turns out that they refinanced in 1997 with broker Williams. Williams got them to sign some documents, which he later revised using whiteout and changing information provided on the document. He brokered some hard money loans, and revised the document so that it appeared to be a deed of trust to one of his hard money lenders. It was this lender who foreclosed. 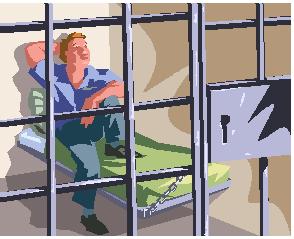 Meanwhile, in the Baquiran’s lawsuit, La Jolla filed a motion to expunge (remove) the lis pendens so they could sell the property. The court said no- the plaintiffs had established the probable validity of their claim that the deed was forged. Williams was later convicted in a criminal trial related to the transaction.

In 2009 the Baquirans entered a settlement with the lender who foreclosed and the foreclosure trustee, and, as a result, withdrew the lis pendens. Subsequently, La Jolla Group II filed a new lawsuit for damages for slander of title, claiming that the recording of the lis pendens was not privileged and prevented them from being able to sell the property. It is not clear from th published opinion, but probably the Baquiran settled for cash, dismissing the lawsuit and allowing La Jolla Group to keep the property. But Civil Code section 47(b) provides that a publication made in any lawsuit was privileged, and that is the case with a lis pendens.

What a bad move. A judge had already found that the y were likely to prove that the deed of trust was forged, and a forged document cannot convey title. The slander of title lawsuit was thrown out on a SLAPP motion, which meant that La Jolla had to pay the other side’s attorney fees.