I noted in a prior real estate law blog what the steps the government must go through to take property through an eminent domain proceeding. A recent court decision reported by Rick Daysog in Sacramento County requiring the city of Rancho Cordova to pay the Lily Co. $7.9 million for its property illustrates the variation that can occur in determining fair market value.

First off, both the California and U.S. Constitutions require that parties that lose their property to an eminent domain proceeding receive just compensation. This compensation will place the owner in the same economic position that he would have occupied had the property not been taken. However, the property is not valued as to its worth to the owner or government, but what it is worth in the marketplace. Fair market value is the highest price a willing buyer would pay a willing seller, where neither party is under any particular necessity nor rush to do so, and who have full knowledge of all the possible uses of the property. Special value to the owner is not considered. Arguing fair market value with the agency often requires the owner get their own appraisal and consult with an experienced Sacramento real estate lawyer.

The fair market value cannot include any change due to the government project. For example, a new sports arena may increase the value of nearby land, but the government’s plan to build one is not taken into consideration in determining value. 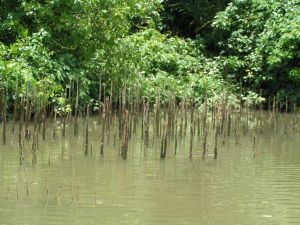 Some examples: As to physical possibility, if the land is a swamp, and it must be filled in, the cost of fill and stabilization must be considered. As to legal permissibility, it must be allowable under the subject zoning, or there is a reasonable possibility that the zoning could be changed in the near future. As to feasibility, the economics of the project is considered. To fill in a swamp and change the zoning to allow a residential use just may not pencil out to be worthwhile.

In the Rancho Cordova case, the city did not take into account that a community college district had entered a contract to buy the land for $8.6 million in 2007. The district later backed out of the deal. The property is also near a light rail station, which should increase its value. However, the city’s redevelopment agency valued the property at only $2.2 million. The property owners would not accept the low value, and the jury agreed, awarding $7.9 million.