The legislature came up with a remedy for this problem in Civil Code section 1356. This provides a procedure where a petition could be filed in Court asking the judge to allow amendment, subject to certain requirements, on the vote of at least 50% of the members. The statute was invoked in a recent decision concerning the Quail Lakes community in San Joaquin County, where the judge was not too concerned that the owners receive notice of the proceeding. 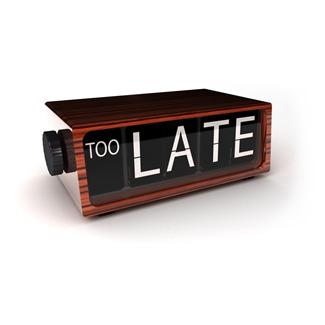 The Association filed a petition, and the court set a hearing date. The judge required homeowners are to be given notice by mail Friday August 13, 2010, and any written opposition from homeowners be filed by the following Tuesday, August 17, only four days later. Usually in legal proceedings, five days are added for mailing. If ,on January 1, I mail to you a motion, it is not deemed received by you until January 5. (Civil Code section 1013) But that was not considered in this case.

Kozina, who was an owner (and an attorney) filed an objection complaining about the notice, which did not give him time to consider and make all his arguments against the amendment. However, in the appeal he did not argue why he did not have enough time to gather evidence, or make his arguments, in time for the August 17 deadline. This was too bad, as it was fatal to the appeal; the court would not reverse the judgment without a showing that there was a miscarriage of justice.

The opinion does not state that this was a reasonable amount of notice, just that there was no showing of prejudice. But this decision points out the discretion that trial judge’s wield. If Notice is put in the mail Friday, and not delivered the next day, it will not be delivered until Monday. Owners mail usually goes to their home address; if they leave the house on a work day, they do not see it until Monday evening. They have to file an opposition by 4 pm the following day, even though they may have a full day’s work to do on Tuesday, and certainly have no time to consult an experienced San Joaquin & Sacramento Association and real estate attorney. With this approach of the courts, it is no surprise that there can be voter apathy among homeowner associations.