California construction and contractor law is pretty clear – you have to have a contractor’s license to get paid. If you don’t have a license and the owner does not pay, the courts will not help. The intent of the Contractor’s State License Law is to prohibit unlicensed contractors from being paid, thus discouraging those who have failed to comply with the law from providing unlicensed services for pay, protecting the public from incompetence and dishonesty. In the case of an entity, such as a corporation, it is the entity itself which is licensed. In a recent decision in San Francisco, the court went out of its way rescued one contractor that couldn’t decide if it was a limited partnership or a general partnership. Obviously this contractor had not consulted an experienced Sacramento and Bay Area business attorney. 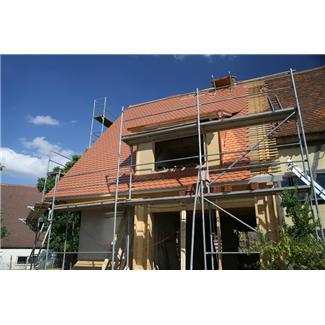 the various documents refer to the same Milbrae address; records of the CSLB and Secretary of State use “slightly” different names to refer to what appears to be a single limited partnership; CSLB records use the same license number & Milbrae address for both Montgomery Sansome LTD and Montgomery Sansome LP. It found that the contractor was licensed, and the suit could proceed.

This much slop in their paperwork may be a clue as to why they were fired. Filing the fictitious business name statement as a general partnership tells potential customers that each individual would be personally liable for problems they create. A customer could rely on that in hiring them, only to discover they were in fact, with the court’s assistance, hiding behind the limited liability of a limited partnership.