I commonly hear from clients that they were told by their loan servicer that they would not be considered for a loan modification because they were current on payments. They were either told, or it was implied, that they needed to miss a payment in order to be considered for a loan modification. I never advise a client to skip a payment, as that is their own decision- once it happens, the foreclosure freight train starts downhill and does not stop. Anyone thinking of skipping should consult with an experienced Sacramento and Yolo real estate lawyer to be advised as the full range of options & risks. A recent decision out of Southern California involved a borrower who said she was told to skip a payment, which created a triable issue as to whether the lender induced her to miss a payment, wrongfully placing her loan in default. But that’s not all- there was evidence that her loan documents had forged signatures. 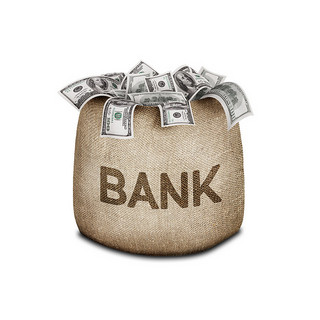 In Ragland v. U.S. Bank, the homeowner refinanced through Downey Savings in 2002. (Downey was later taken over by the FDIC, who turned over the loans to US Bank.) She got an adjustable, but claims she thought she was getting a fixed rate. One month later she told the lender that her signature had been forged on the estimated closing statement, escrow instructions, and statement of assets and liabilities. The forgery was confirmed by a handwriting expert.

By 2008 the rate had adjusted up to 7%. She spoke with a lender rep who said they would work with her to modify the loan, and told her not to make the April payment because the worse that would happen is that she would have a late fee. On the last day to make the April payment, she called the lender again, and was told that if there was anything forged, she would not owe anything. They put the loan in “legal” and told her they could not collect while the investigation continued. Later she was told they could not do a modification during the investigation. 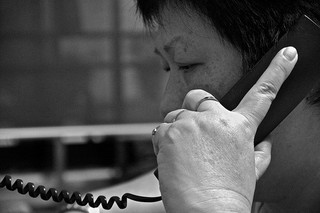 In May Downey sent a notice of intent to foreclose. She called and was told that “legal” failed to put a red flag in the computer to indicate the investigation, and that the loan should not have been in foreclosure. She attempted to make payments, which were rejected. She got a letter stating that any loan modification would require her to bring the loan current.

She tried to stop the foreclosure with a Temporary Restraining Order, and the court said she could have it if she paid the amount necessary to reinstate the loan. There is a claim that she could afford the arrears, but not also the late charges, interest on arrears, property inspection and foreclosure costs.

The court found that there was evidence that 1) she was told she should skip a payment, 2) loan modification would be approved because she was prequalified, 3) the loan would be investigated regarding forgery, and 4) collection activity was frozen during investigation. This created a triable issue of fact, and the case should proceed to trial. She had testified that she could pay the arrears, but not the fees and interest. If she relied on the misrepresentations, Downey wrongfully placed the loan in foreclosure, than it had not right to demand the payment of additional fees and interest.

This means that the plaintiff will have to go to trial and prove her claims. These cases hinge on whether the judge or jury believe what she claims she was told over the phone. Her notes of all her phone conversations will help. If any of the lenders computerized phone notes reflect the conversations, (obtainable through discovery), they may contradict her claims. Perhaps more importantly, her lawsuit was filed in 2008, but the trial will now happen in 2012 or 2013. Public knowledge and attitudes concerning the activities of lenders has changed a lot in the last four years. Now it is likely for a judge or jury to believe that she is telling the truth.