Homeowners Insurance is not limited to fires, fallen trees, and general mayhem. When a homeowner is sued by a neighbor, the homeowner should routinely ‘tender’ the claim to the carrier (present the lawsuit to the insurance company, asking the insurer to provide your defense in the lawsuit). The question then becomes whether or not the lawsuit will be covered under the terms of the policy. Standard insurance policies cover an “occurrence”, which is usually defined as an accident. If you are sued over a neighbor issue, you should consult a Sacramento real estate attorney regarding whether there may be insurance coverage. Over the years the California courts have set out guidelines for determining what could be considered an “accident” for these purposes. One homeowner, after an earthquake, rebuilt their residence encroaching onto their neighbor’s property “by accident.” The neighbor sued, and the homeowner tendered the suit to their insurance carrier. The homeowner was disappointed when the court found that, even though they had a good faith but mistaken belief that they were legally entitled to build where they did, it did not qualify under the policy and the insurer did not have to cover the defense. The bottom line – mistakenly believing that you have a right to do something, and then doing it, does not result in an accident. 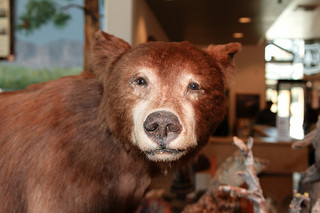 The court first looked at the language of the insurance policy: it covered –

“those damages which an insured becomes legally obligated to pay because of … property damages … resulting from an occurrence to which this coverage applies.” An “occurrence” is defined in turn as “an accident including exposure to conditions which results during the policy period in … property damage.”

“Accident” is given a commonsense interpretation that it is an unintentional, unexpected, chance occurrence. An accident does not occur when somebody does a deliberate act (like building a house) unless something independent and unforeseen happens which causes the damage. For example, a driver may intentionally speed. If he negligently hits another car, the speeding was still intentional, but hitting the other car, the act which cause the harm, was not intended, and was thus an accident. 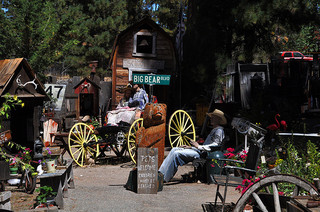 When the owner deliberately intended to perform every step that led to the damage, the fact that he did not intend to cause harm does not transform it into an accident. The court reviewed several decisions where an insured committed an act based on the mistaken belief that they had a legal right to do so. For example, a party was accused of sexual assault. The insured thought there was consent, but their mistaken belief did not make it an accident.

The general principal California is that the term “accident” refers to the nature of the conduct itself rather than to its consequences. Here, the homeowner intended to build the house where they built it. That they had a mistaken belief that it was on their land did not transform it into an accident – there conduct was intentional, and there was no independent, unforeseen happening that caused the harm.