Update at Bottom
Most California residential real estate contracts (such as the C.A.R. form) have an arbitration provision providing for optional binding arbitration. If the parties all initial it, it becomes a requirement of contract. In arbitration the parties agree to have a supposedly unbiased third person decide the dispute. Arbitrator’s errors and mistakes cannot be reviewed by a court, so the parties are stuck with it. In a recent decision concerning beach front property in Venice, California, a judge refused to force the buyer to arbitrate their claim. 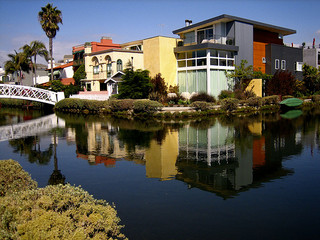 In Lindemann v. Hume, Lee was building a $3 million dollar residence and a trust was the buyer. The trust’s beneficiary, actor Nicholas Cage, moved into the house, and immediately had problems with water intrusion and flooding. Cage told his agent to sell the place. The got an offer, and gave the buyer a disclosure stating that there was a problem with the drainage that the builder was addressing. Cage’s people hired an engineer, who reported that there was no quick fix , and any owner would need to accept the risk associated with the drainage. The buyers backed out.

A second buyer entered a contract, which had a binding arbitration provision; all parties initialed it. They were given a disclosure describing the only significant defect as a problem with the basement floor, and that there was a drainage problem at the front of the house at the boardwalk area; the problem was diagnosed by a hydrologist and subsequently remedied. The report from the seller’s engineer (stating that the buyer would have to accept the risk) was to given to the second buyer. Escrow closed, the place flooded, and the lawsuit began.

The buyer sued the builder, for construction defects, and the seller, for concealing the defects and not disclosing them. The seller said wait a minute, and asked the court to order them into arbitration- after all, they had an arbitration provision in the contract. That would mean that, while the claims against the seller were arbitrated, the claim against the builder would proceed on a different track to court trial.

The Code of Civil Procedure (1281.2) generally requires the court to order arbitration if there is a binding agreement to do so. However, there is an exception when:

“A party to the arbitration agreement is also a party to a pending court action or special proceeding with a third party, arising out of the same transaction or series of related transactions and there is a possibility of conflicting rulings on a common issue of law or fact.” 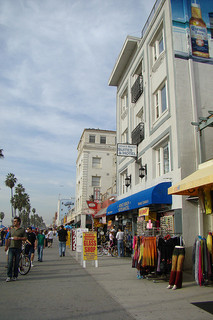 The court found these were a series of related transactions – the initial discovery of defects, efforts to fix, disclosure to first buyer, concealment from the second. Secondly, the question is not whether inconsistent rulings are inevitable, but whether they are possible. Whether or not the drainage system was defectively designed or built by the builder may not resolve whether the seller failed to disclose a material condition of the property, but it could.

This decision helps chart a course for plaintiffs and their Sacramento real estate lawyers who want to avoid being forced into arbitration, where decisions are up to the whims and errors of the arbitrator, and there is no appeal. If supported by the facts they believe to be true, they can name cross-defendants with differing claims that could lead to “a possibility of conflicting rulings on a common issue of law or fact.”

Seems that it was all for naught. Cage won on summary judgment based on statute of limitations- the suit was not filed in time.