Often in an escrow for sale or financing of California real estate, money will be held back in escrow to take care of unresolved issues. This is done on agreement of the parties in the real estate purchase and sale contract, or the loan documents and escrow instructions. For example, there may be a lien or tax due with uncertain amount which cannot be determined until after the scheduled close of escrow. Parties with concerns regardin escrow hold backs shcould always consult an experienced Sacramento real estate lawyer. In a decision this summer Citibank was the secured creditor on commercial property who was denied the funds in the escrow hold back. 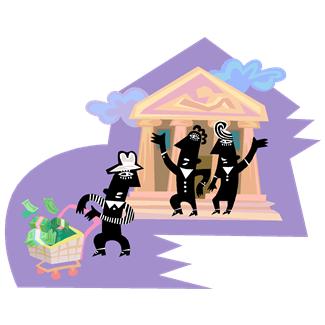 In Oxford St. Properties v Rehabilitation Services, Citibank made a refinance loan to a partnership between Oxford & Rehab; Rehab was to buy out Oxford’s partnership interest with most of the money. The Citibank loan was secured by the partnership real property, plus some personal property. Construction loans were paid off, Oxford was partially paid, and over $200,000 was held back in escrow pending clarification of some insurance issues; this money was never paid to Oxford.

A dispute resulted, and Oxford sought arbitration. The first arbitration ruling was that Rehab had to convey the project to Oxford. A second arbitration was held because Rehab neither conveyed the property nor the $200,000, but let the Citibank loan go into default, resulting in a judicial foreclosure and a deficiency judgment. The arbitrator awarded Oxford damages of over $15 million, plus the $200,000 in escrow. Oxford obtained a writ of possession for the money.

Citibank claimed an interest in the $200,000 in escrow, hence this appellate decision. The court found that Citibank’s security interest did not attach to the funds in escrow. The court noted that a security interest attaches only to whatever interest the debtor has in the collateral (here, the escrow funds; Commercial Code §9203(b)). Oxford traced the funds back to the loan proceeds that were due to Oxford (as ruled by the Arbitrator), thus the borrower had no interest in the collateral. Also, Citibank’s security instrument, a deed of trust, did not give the bank an interest in those funds, but only in the real property and some OTHER described personal property.

The court’s opinion is not extensive, leaving some questions. If the security agreement specifically described the hold back funds in escrow, presumably the security interest would attach to them, if Citibank properly perfected its interest. What would then become of the arbitrator’s decision that they belonged to Oxford, who obtained a security interest once they served a writ of possession?