A “Power Coupled With An Interest” is an ancient legal concept that is different from an ordinary power of attorney. A power of attorney gives the attorney-in-fact or agent (the holder of the power) the ability to act on behalf of the principal, who is the person who granted the power. However, in the case of a power coupled with an interest, the agency is created for the benefit of the agent in order to protect some title or right in the subject of the agency or secure some performance to the agent. This kind of power is not an agency as the term is commonly understood. Instead, the grantor or creator of the power relinquishes the ability to direct the attorney in fact, who is then permitted to act solely in his own interest. This type of power is to protect the agent’s interest. It does not create an agency, because it is not given for the benefit of the person who grants it. The holder does not owe any duty to the creator. Experienced real estate attorneys see this situation when a developer obtains an option to buy property, and also receives a power of attorney to pursue the development entitlement process.

The power and the interest must be united in the same person. If a power of attorney is granted to Fred, but an option to Susan, there is no power coupled with an interest. Recently some Sonoma County developers discovered that it is easy to terminate a power by uncoupling it. In Bonfigli v. Strachan, the developers’ limited partnership (“LP”) obtained an option to buy real property. The LP also received a special durable power of attorney coupled with an interest, granting the LP the right to rent, encumber, grant easements, and other things necessary to develop the property. 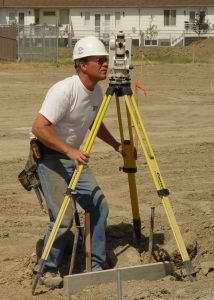 The LP then assigned the option to their construction company LLC. The LLC did not exercise the option, but did file a lot line adjustment with the City. The adjustment was completed. The developer also used the property as collateral for a loan.

The option was never exercised, the landowners discovered the lot line had been adjusted, and sued the developers. The court found that the Power of Attorney was coupled with the option to purchase the property. When the option was assigned to a different entity than the one which held the power of attorney, it was decoupled from the power, the power was extinguished. At the time of the lot line adjustment, no one had a power of attorney which allowed them to make the adjustment. The court ruled for the landowners against the developers.

The developers could have avoided the problem from the start by making sure that they could first obtain a new Power of Attorney before they transferred the option. As long as the option and power are in the same person, they are coupled and enforceable.