A deed in lieu of foreclosure is occasionally used as an alternative to a foreclosure sale. The borrower merely deeds the property back to the lender “in lieu of foreclosure.” The lender does not have to go through the time and expense of a foreclosure, and the borrower/owner gets the process over with more quickly. However, there is some risk for the lender in this situation. Title conveyed by a trustee’s deed after a foreclosure sale relates back in time to the date on which the deed of trust was executed. The trustee’s deed therefore passes the title held by the trustor (the borrower; remember the ‘trustor’ is ‘poor’) as of that earlier time, rather than the title that the trustor held on the date of the foreclosure sale. Liens that attached after the deed of trust was recorded are ‘sold out’ or eliminated. However, a deed in lieu of foreclosure (as opposed to a foreclosure deed) passes title to the transferee subject to all existing liens. Whether concerned about deeds in lieu or lien priority in general, it is best to consult with a Sacramento real estate lawyer. Hopefully, you can avoid the problem recently faced by a lender when the trial judge didn’t follow the law regarding merger. They had to get the court of appeals to set things right. 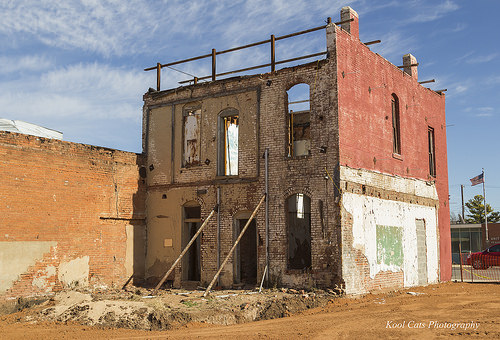 In Decon Group, Inc. v. Prudential Mortgage Capital Company LLC, the owner of a commercial property had a mortgage with Prudential. They hired Decon to renovate the property, but did not pay the bills, so Decon recorded a mechanic’s lien for $437,000, and filed suit to foreclose the lien. The owner was in default on the loan, so the lender took back a deed in lieu of foreclosure from the owner. The lender then conducted a trustee’s sale, and took title to the property. In the action to foreclose the mechanic’s lien, the judge ruled that, on taking back the deed of lieu, the two interests, as beneficiary under the deed of trust and as grantee under the deed in lieu merged, destroying the senior lien. Thus, the junior mechanic’s lien was not eliminated by the foreclosure. The court ordered that the property be sold at auction. The lender appealed.

The court of appeal reversed the lower court, finding that no merger had occurred. It first noted that, under ordinary circumstances, where the holder of a mortgage acquires the estate of the mortgagor (debtor), the mortgage interest is merged in the fee and the mortgage is extinguished…. But this rule is never applied where there is an intervening lien on the property, and where there is no evidence of an express intention to extinguish the first mortgage and hold subject only to the second.

The Supreme Court articulated the rule as follows: ” ‘Merger is always a question of intent when the question is as to whether a mortgage lien is merged in the fee, upon both being united in the same person. Equity will keep the legal title and the mortgagee’s interest separate. If there is an intervening mortgage the acquirement of the title will not operate as a merger.

Thus, where it benefits the holder of the first to eliminate all junior liens, the court assumes that the intent was that there not be a merger on the transfer by deed in lieu. The senior lien remains in place. In this case, even more clearly, was the language in the deed of lieu that expressly stated that there was no merger:

“[t]he Indebtedness shall remain in full force and effect after the date hereof. The interest of Grantee in the Property upon effectuation of the transfers, assignments or conveyances as provided in this Grant Deed shall not merge with the interest of Lender pursuant to the Loan Documents, but shall be and remain at all times separate and distinct, and the Loan Documents shall be and remain at all times valid and continuous liens on the Property.”

Here the intent was clear to everyone except the trial judge. Unfortunately for the lender, they would have had to post an appeal bond for much more that the $437,000 mechanic’s lien to prevent the sale from occurring pending the decision.