The proper use of an easement is often the subject of disputes in California. An easement is a restricted right to a definable use or activity on someone’s property, and it must be less than the full right of ownership. Real estate attorneys are often consulted when someone interferes with use of an easement; if legal action is pursued, the judge must interpret the language of the grant of easement to determine what the original parties intended. In a recent decision, a developer had an easement over other property for ingress and egress. Being a bonehead, he did much more that use it to access the property, and then lost the development to Bank in foreclosure. The Bank, which then inherited the dispute, had to make a ridiculous argument to the court to avoid a judgment that misuse of the easement subjected it to damages. 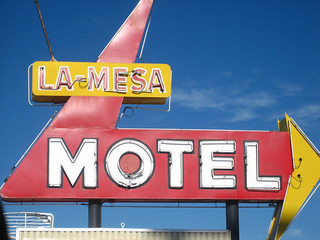 In Schmidt v. Bank of America, N.A., Parks owned two adjacent properties in La Mesa, California. She conveyed the western parcel to Schmidt, reserving to herself an easement for ingress and egress for public road purposes along the eastern 40 feet. She later sold the adjoining property (the dominant tenement), along with the easement over the eastern property. Time goes by, and eventually the owner of the eastern parcel began construction of a condominium project. In doing so, he built features on, under, and around the easement area. It was graded for use as a private roadway, a locked gate was added. He installed sewer pipes, and storm drains under the easement area. The developer went belly up, and defendant Bank of America foreclosed. The Bank ended up owned the condominium property, including the features on and under the easement. The eastern owner, Schmidt, sued for trespass, nuisance, and other relief.

The court first focused on the deed language to determine the extent of the easement granted, interpreting it like any other contract. The language:

“RESERVING to the grantor, her successors, assigns and/or heirs, the right of ingress and egress for public road purposes, and incidental purposes, over the Easterly 40 feet of the following described land…” 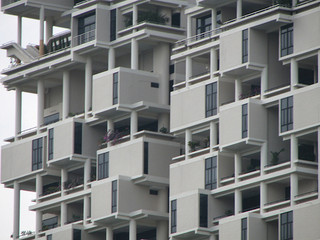 The court found that the grant was limited to the right of ingress and egress, and that the phrase “for public road purposes,” was a limitation on the right of ingress and egress, not an expansion. For ‘public road purposes’ means to allow one to reach a public road. The language did not create a public easement, but a private easement that vested use rights only in the neighboring property.

Next, having interpreted the easement language, the court looked at the uses complained of in this case. Whether a particular use of an easement by either the servient or dominant owner unreasonably interferes with the rights of the other owner is a question of fact. The court needed to determine if the facts indicate that the a actual use of the easement was withing the terms of the grant of easement. The Bank claimed that the uses were compatible with a public roadway easement. The Supreme Court has established that “[t]he establishment of a public highway practically divests the owner of a fee to the land upon which it is laid out….” If a public right, Schmidt did not have any rights in the property. However, the court has already concluded that the easement was for private right of ingress and egress, a much more restrictive grant of easement. This granted the Bank unobstructed passage, but no other use.