I have written in the past about Sham Guaranties – this is a guaranty of a loan where the guarantor has such a close identity with the borrower that they are in effect providing a guaranty of their own loan. Such a sham guaranty is not enforceable. A typical scenario would be with a limited partnership. The general partner is fully liable for the debts of the limited partnership. If all the principals of the general partner sign the guaranty, the question arises of whether anything has been added by the guaranty. This is a sham especially when the lender takes a role in encouraging the formation of the entity, and only investigates the financial wherewithal of the individual guarantors. Business and real estate attorneys for lenders usually pay special attention to make sure they really will have an effective guaranty. In a recent decision. the guarantors were unhappy to learn that they were liable on the guaranty – there was too much separation between themselves and the borrowers, which they did on purpose so that they would not occur direct liability on the loan. 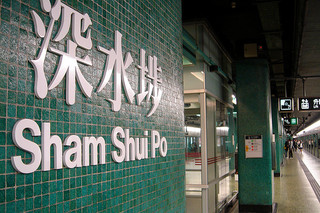 In California Bank & Trust v. Lawlor, the bank loaned millions to Heritage Partners, secured by numerous real estate projects. Smith and Lawlor owned and controlled Covenant Management, which owned and controlled Heritage Capital, which was the general partner of the Heritage partnerships. They really tried to isolate themselves from the borrower to avoid personal liability. The lender required Smith and Lawlor to sign continuing guaranties. The borrower went into default, the lender foreclosed, and had a deficiency of $15 million dollars. California Bank and Trust brought this action to collect on the loan guaranties. Smith and Lawlor argued that the guaranties were sham guaranties and therefore they were actually the primary obligors on the loans, not true guarantors. As primary obligors, Smith and Lawlor claimed that they were entitled to the protection of California’s antideficiency statutes. This should prohibit the lender from obtaining a judgment against them for the difference between the value of the security and the outstanding loan balances.

The antideficiency statutes strictly limit the right to recover deficiency judgments for the amount the debt exceeds the value of the security. The antideficiency laws promote several public policy objectives:
(1) to prevent a multiplicity of actions,
(2) to prevent an overvaluation of the security,
(3) to prevent the aggravation of an economic recession which would result if creditors lost their property and were also burdened with personal liability, and
(4) to prevent the creditor from making an unreasonably low bid at the foreclosure sale, acquire the asset below its value, and also recover a personal judgment against the debtor.

These protections are NOT provided to a true guarantor, however. The courts must decide whether the purported debtor is anything other than an instrumentality used by the individuals who guaranteed the debtor’s obligation, and whether such instrumentality actually removed the individuals from their status and obligations as debtors.
The court surveyed numerous sham guaranty decisions, and noted that it would look to the purpose and effect of the parties’ agreement to determine whether the guaranties constitute an attempt to circumvent the antideficiency law and recover deficiency judgments when those judgments otherwise would be prohibited. The test is to determine 1) whether the legal relationship between the guarantor and the purported primary obligor truly separated the guarantor from the principal underlying obligation, and 2) whether the lender required or structured the transaction in a manner designed to cast a primary obligor in the appearance of a guarantor.

Regarding the legal relationship, The Defendants are not the primary obligors on the loans because they did not enter into the business loan agreements or execute the promissory notes with the lender. Also, Cartwright Properties’s and Heritage’s (two of the borrowers) legal status as a limited liability company and a limited partnership provide legal separation between those entities as the primary obligors and Defendants as the guarantors. For the Heritage loans, there was an additional layer of separation existed between Smith and Lawlor and the primary obligors because there was both a limited partnership and a limited liability company between them and the primary obligors. Though the defendants owned and controlled these entities, there was no evidence that these were mere shells, which would allow the plaintiff to pierce the corporate veil (‘ultra vires’). 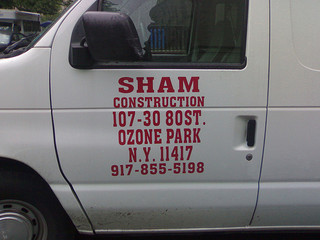 Regarding the lender’s involvement, There was no evidence that the lender requested, required, or otherwise had any involvement in selecting the entities, or the form of the entities, that were the borrowers and primary obligors. Defendants offered no evidence showing Smith and Lawlor were the primary obligors on the loans or that the lender attempted to separate Defendants’ interests in the loans by making Cartwright Properties and Heritage the borrowers while relegating Defendants to the position of guarantors.
These defendants did a great job structuring entities to shield themselves from personal liability. A property constructed LLC, corporation, or limited partnership can do that. The downside however, is that this level of protection eliminates the sham guaranty defense.