A prescriptive easement is a right established in someone else’s property by using that property in a consistent way over a period of at lease five years. The easement holder starts out as a trespasser, If the true owner does not take action to stop the trespass, or establish that the use is permitted, they lose. A real estate Professor has pointed out that ‘historically, prescription has had the theoretical basis of a lost grant of property. Its continued use has been justified because of its functional utility in helping to cause prompt termination of controversies before the possible loss of evidence and in stabilizing long continued property uses.’ (Powell, The Law of Real Property). Sacramento real estate attorneys often see the lawsuit to establish a prescriptive easement instigated when the owner of the property blocks the prescriptive use, by building a fence, installing a locked gate, or the like. If the easement is established, the court can require the property owner to move the obstruction. But to what extent? The California Supreme Court made it clear – when the obstructor builds knowing of the claim of an easement, with litigation ongoing, the court need not show mercy – in one case, they required removal of a commercial warehouse. 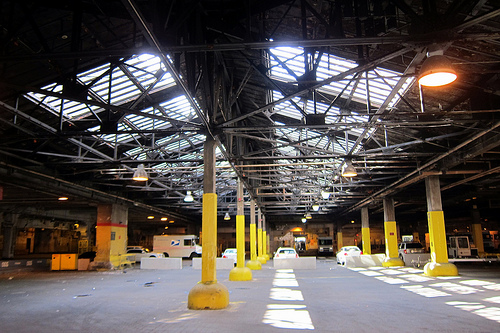 In Ernest E. Warsaw v. Chicago Metallic Ceilings, Inc., the plaintiff built a large commercial building with the loading docks on the north side of the building. There was room for a forty foot driveway along that Northern boundary of the parcel, but forty feet was never enough room for big trucks to turn and back in to the loading docks. They always encroached on the adjoining property. The defendant’s adjacent parcel to the North had been vacant land all this time. The parties had in the past discussed creating a granted easement, but nothing came of it. After more than seven years had passed, the defendant decided to build on the southern portion of its property. They graded a pad that blocked the plaintiff’s use of the area, and the plaintiff filed this lawsuit.

The Court decided three issues:
1. Was a prescriptive easement created?
2. Could the defendant be required to remove the building?
3. Was the defendant entitled to be paid any money?

A Prescriptive Easement was Created

The party claiming a prescriptive easement must show use of the property which has been open, notorious, continuous and adverse for an uninterrupted period of five years. Here, the truckers using the neighboring property followed a definite course and pattern, and while no two truck drivers followed the exact course … the deviation taken by various drivers over the seven-year period was only slight.

The Defendant Could Be Required To Move The Obstruction, Even if it is a Building 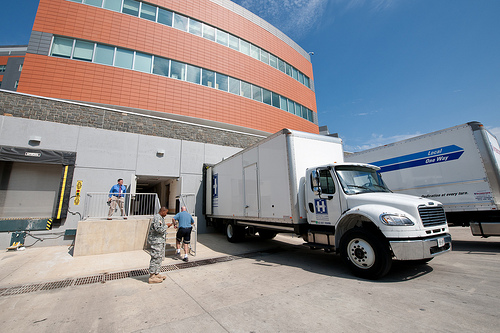 A court of equity may issue a mandatory injunction for protection and preservation of an easement including, where appropriate, an order for removal of an obstruction already erected; even if the cost of removal is great under certain circumstances, especially if the encroaching structure was willfully erected with knowledge of the claimed easement. Where, by innocent mistake or oversight, buildings erected slightly encroach, the damage to the owner of the buildings by their removal would be greatly disproportionate to the injury, so the court might not order their removal However, where the defendant acted with a full knowledge of the complainant’s rights and with an understanding of the consequences which might ensue, courts will not deny relief on the ground that the loss caused by it will be disproportionate to the good accomplished. Here, construction of the building was not started until the lawsuit had begun. It was completed before the trial. The defendants rolled the dice, assuming that they would win but they lost.

The Defendant is Not Entitled to Compensation

The defendant argued that, in equity, the court should grant compensation for the fair market value of the easement, or alternatively share the cost of removing or restructuring the building. The court said no. Civil Code section 1007, enacted in 1872, provides that ‘Occupancy for the period prescribed by the Code of Civil Procedure as sufficient to bar any action for the recovery of the property confers a title thereto, denominated a title by prescription, which is sufficient against all ….’ Here, on finding the creation of the easement, the plaintiff has title. There are no grounds for requiring compensation. The court looked at the history of prescriptive rights, and its functional utility in helping to cause prompt termination of controversies before the possible loss of evidence and in stabilizing long continued property uses. With this as its aim, there are no grounds for compensation the defendant for damages.

It is a little surprising that the court made the defendant tear out its commercial building, but I think the court was influenced by the chutzpah of the defendant, who constructed the building while the lawsuit was ongoing. Screw you, the defendant was saying, but he was forced to eat his words.