Last post I discussed the decision in Scott Call Jolley v. Chase Home Finance, Inc., where there were ongoing disputes between the borrower and lender, and the lender made many representations that they would likely agree to a loan modification. The court concluded a duty may have been created that could make the lender liable for its negligence. Another aspect of that decision was the Lenders efforts to get into evidence documents and websites which it could not show were authentic, and the Court refused to allow the evidence. Anyone who is concerned about presenting evidence to the court should consult an experienced Sacramento and El Dorado real estate lending attorney. In this decision, the attorney did not do so well. 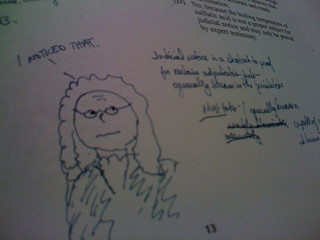 The problem arose when Chase asked the bank to take “judicial notice” of facts. The doctrine of Judicial Notice is a substitute for formal proof. A party asks the court to take judicial notice of certain matters that are assumed to be indisputably true, and the introduction of evidence to prove them will not be required. In California it is allowed by provisions of the Evidence Code, sections 450 to 460.

This case involved disputes between a borrower and his lender Washington Mutual, which went into FDIC receivership and acquired by Chase. Chase bought the assets of WaMu through a purchase agreement between Chase and the FDIC. The Purchase Agreement required Chase to assume liability for WaMu’s accounts. However, it stated that Chase did NOT assume liability for any borrower claims arising out of WaMu’s lending activities. That is what Jolley’s lawsuit was about.

To prove that Chase was not liable, Chase presented to the court a partial copy of the Purchase Agreement attached to its attorney’s declaration, who also claimed that it was on the FDIC’s website. Chase claimed that section 452(c) of the Evidence Code, which allows judicial notice of “official acts of the legislative, executive, and judicial departments of the United States and of any state of the United States” applied. The FDIC is a federal agency, this was its website (an official act), so judicial notice was appropriate. 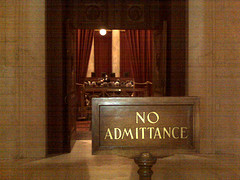 The court said no. The attorney-declarant was not “custodian of records,” and did not indicate that she had any special knowledge of the document. The court found that this was not allowed. Just because information is on the internet does not mean that it is not reasonably subject to dispute. The court may take judicial notice of the existence of a website, but not necessarily of its factual content. The court noted that some Federal Court decisions have allowed judicial notice of website contents, but that is not the case in California state court.

This would have been solved a declaration for the custodian of records for Chase presenting the FDIC document as authentic. But as often happens these days with distressed loans, the attorney probably could not get much information or proof out of the of their client.