In California, a tree growing on a property line is considered a “line tree,” and the owners on both sides have rights and responsibilities. The Civil Code states that they own the tree in common. (Civil Code section 834) As a result, neither owner is free to cut down the tree without consent of the neighbor, nor to cut away the part in his side if it would injure the common interest in the tree. If they do, they can be liable for double or triple the harm done. Anyone with a tree line concern should consult with a Sacramento and El Dorado real estate attorney before taking action, or they may be in the position of the landowner who recently was hit with a judgment for over $107,000. 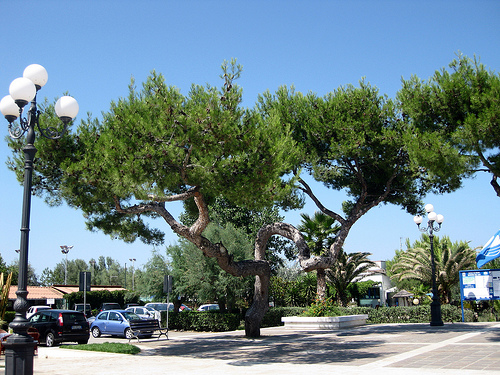 In Kallis v Sones there was an Aleppo pine tree growing on the property line. Close to the base it split into two separate trunks, which were far enough apart that the fence ran between them. The defendants became concerned that the tree would topple over, so they hired workers who cut down the entire tree. The tree was large- 70 feet tall, and the separate trunks measured 23 inches & 24 inches in diameter. The shocked neighbors sued.

The tree cutters lost the suit, and the contested issue became damages. Generally, damages may be awarded in an amount that will compensate for the detriment that was caused. The court awarded damages for the value of the entire tree, not just the portion on the plaintiff’s side. The defendants complained that the amount should be reduced to the percentage of tree that was on plaintiff’s side of the line. The court said no. The tree’s unusual size and form made it unusual. The large canopy shaded the plaintiff’s entire home. The large canopy was highly valued and had great personal value to the plaintiffs. The court had discretion to determine the measure of damages, and was not required to reduce it. 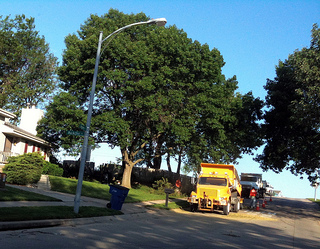 It gets better- the court then doubled the damages award under Civil Code section 3346, which allows for harm to trees, in some cases, that damages be twice the sum of that which would compensate for the actual detriment. The damage award was for value of the tree, plus installation and after care. The defendant argued that this doubling should not apply to the cost of installation and future care of a tree, but the court said no. Once the court determined the actual damage award, it could double the entire amount.

When neighbors in this situation consult an experienced attorney, the results are often different. Both parties are aware of their rights and risks in this situation. If cutting the tree is threatened, the neighbor may obtain a TRO to prevent it until a judge reviews the situation. If a solution can not be worked out, they can present their case to a judge before cutting down the tree. Following the court order would protect both parties from incurring damages.