An acceleration clause in a loan document or promissory note is a provision that requires the entire amount of the unpaid principal and interest to become due when the specified event occurs. There are two kinds. First, in a typical Promissory Note, the entire amount may become due in the event of default in payment of an installment, or any other violation of the terms of the loan documents. The other kind, typical in mortgages and real estate loans, may require the entire balance to become due on sale of the property that is security for the debt. Parties with concerns about an acceleration clause should consult with a Sacramento business or real estate attorney to understand how it applies in their own circumstances. It was the first type of acceleration clause that was the subject of a recent decision, in which a lender was surprised that his acceleration clause (and the higher rate of interest it included), could not be invoked. 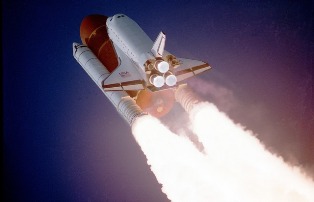 In JCC Development v. Hyman Levy, Levy was a ‘philanthropist’ who was negotiating with JCC to purchase and operate a Jewish Community Center. He deposited $2.7 million into escrow. The negotiations took longer than expected, so the parties agreed that the $2.7 million would be converted to a loan to JCC, secured by a mortgage on the property. The promissory note provided for interest at the rate of 5%. The acceleration clause provided that, on acceleration, interest would increase to the legal maximum. It stated:

“If: (I) Maker shall default in the payment of any interest, principal, or any other sums due hereunder, or (ii) Maker shall default on performance of any of the covenants, agreements, terms or provisions of the deed of trust securing this Note… then, at Lender’s option, all sums owing hereunder shall, at once, become immediately due and payable. Thereafter, interest shall accrue at the maximum legal rate permitted to be charged by non-exempt lenders under the usury laws of the State of California.”

The term of the Note was until September 30, 2006, which came and went with the parties still negotiating sale of the property. Levy did not demand repayment at that time. In January 2007, Levy demanded repayment. In June Levy recorded a Notice of Default. He calculated the amount due using the maximum interest as provided for in the acceleration clause. There was some argument about this, but JCC paid the full amount, under protest, and filed this suit.

The Court found Levy was not entitled to the increased interest. The acceleration clause applies only if there is a default, and the lender exercises his option to accelerate the debt. Here, the loan matured on September 30, 2006. On maturity, there is no loan left to accelerate- the entire balance is already due.

This is a case of no good deed goes unpunished. From the opinion it really does appear that Levy was acting as a philanthropist, and helping out the struggling center. Rather than hold JCC to strict enforcement of the loan, he continued to negotiate for purchase of the property. It does not appear that the Note called for any interim payments of principal or interest, default in which would allow the lender to accelerate. But, if it did, the lender would be required to notify that he was accelerating the loan, and that the entire amount was now due. Then he would have gotten the increased interest.