California lawsuits to set aside a trustee’s sale are generally suits in equity, and a borrower who seeks equity must do equity. One requirement of equity in this situation is that the borrower must pay, or offer to pay, all the secured debt or at least all of the delinquencies and costs for redemption of the deed of trust before filing suit. There are some exceptions to the tender requirement, and borrowers and lenders involved in lawsuits involving trustees sales should consult with an experienced Sacramento, Yolo, and Placer Foreclosure and real estate lawyer. An exception to the tender requirement recently gave one debtor a second chance at his lawsuit.

In Lona v. Citibank, Lona refinanced his $1.5 million dollar home in 2007. The monthly payment was over $12,000, and his monthly income was only $3,333. He quicky defaulted, and the property was foreclosed. Lona claims he spoke limited English, had little education, and did not understand the details of the transaction which was conducted in English. He argued that the transaction was invalid because the loan broker ignored his inability to pay, and the loan was unconscionable and thus void. (This is certainly true; it does not appear to be a no docs loan, and this borrower qualified; do you wonder how that could be?)

To get to the tender issue, we must first look at unconscionability. The first step taken by the court was to see if this was a “contract of adhesion.” This one was- it was a standardized contract drafted by the party with superior bargaining power without negotiation, giving the plaintiff only the choice between adhering to the contract or rejecting it. The court said yes, it could be contract of adhesion. The next step was to decide whether there were any other factors that made it unenforceable, such as if was unduly oppressive or unconscionable. Here, the plaintiff’s allegations show that it was, in two ways. First, based on the interest rates and balloon payment, and second, it was unconscionable due to his inability to replay the debt. Thus, the contract could be unenforceable.

This case was appealed from a motion for summary judgment, and at the trial level the borrower presented some evidence that supported his arguments. But the lender did not present any evidence, only arguing that Lona did not, could not, present evidence to prove all the elements of his claim. This was not enough, as summary judgment requires the lender to present evidence. The court found that there was a triable issue as to unconscionability.

Now we can discuss tender. There are four exceptions to the tender rule:

1. if the borrower’s action attacks the validity of the underlying debt, a tender is not required since it would constitute an affirmation of the debt.

2. a tender will not be required when the person who seeks to set aside the trustee’s sale has a counter-claim or set-off against the beneficiary.

3. a tender may not be required where it would be inequitable to impose such a condition on the party challenging the sale.

4. no tender will be required when the trustor is not required to rely on equity to attack the deed because the trustee’s deed is void on its face.

Lona alleged the first exception: that the deed of trust was illegal from the start and thus unenforceable. Citibank did not present any evidence showing that the plaintiff was not able to make this claim, so the summary judgment was reversed, and Loma gets a second chance in the trial court. 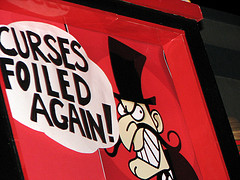 At first blush, this seems like a strong case for borrowers, as it appears to establish grounds for setting aside trustee sales in a multitude of cases. But I think it is more a slap at Citibank’s attorneys, and a reminder to all lender’s attorneys. They have to obtain evidence which they can present in their summary judgment motion. That was not done here.