I have discussed the California Civil Code section 2923.5 requirement in a prior blog about an effort to stop a foreclosure. It requires that, prior to issuing a notice of default, the mortgage lender must contact the borrower by phone or in person to assess their financial condition, and explore options to foreclosure. .Lenders and borrowers unsure of the procedures for trustee’s sales should consult with an experienced Sacramento and Yolo real estate and foreclosure attorney. In a recent court decision, a borrower claimed the lender never tried to contact them to explore their options. The court gave the borrower a preliminary injunction, and there was no requirement for an injunction bond.

In Bardasian v. Superior Court, the borrowers were behind on their loan and a notice of default had been recorded. Three years earlier the borrowers construction loan was replaced by a conventional loan, which the court treated as a loan modification. (It is standard for a construction loan to be “taken out” or replaced by a conventional loan, so this was not a “loan modification” in the current popular meaning of the term). The foreclosure process was underway and the borrowers sought a preliminary injunction to stop the trustee’s sale. 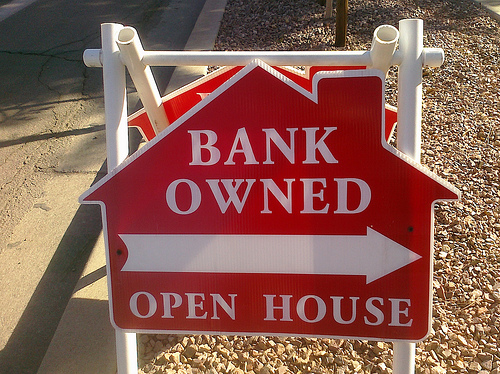 In seeking the injunction, the borrowers swore in declarations that at no time prior to the notice of default did the lender contact the borrower to explore options as required by 2923.5. The lender opposed, stating first that the loan modification three years prior satisfied the requirement. The court said no. The lender also argued that the declaration attached to the Notice of Default, declaring that the contact was made, complies with the statute. The declaration was not prepared and filed in connection with the lawsuit and is thus hearsay. Also, it is conclusory, as it does not state when contact was made by whom. The court granted the injunction, stating “Plaintiff has established that BAC Home Loan Servicing did not comply with Civil Code section 2923.5 prior to issuance of the notice of default…”

The Court also required that the borrower to post a preliminary injunction bond (or cash) for $20,000.

The borrowers did not post the bond, and the lender got the court to dissolve the injunction. On appeal the court noted the trial court’s specific language -“Plaintiff has established that BAC Home Loan Servicing did not comply with Civil Code …” Normally, granting a preliminary injunction does not rule on the ultimate rights in the lawsuit; it merely concludes that the plaintiff will more likely than not win at trial. But her, in saying that plaintiff “has established,” the court ruled on the ultimate merits. It did not leave open the chance of a different result at trial. Because it ruled on the merits, it could not require a bond or undertaking. The injunction was reinstated.

This decision is correct based on the court’s actual language. However, in these matters the court normally rules that it finds plaintiff “more likely than not” will win at trial, and this question arises. In this case the trial court judge was either absolutely convinced of the merits, or inadvertently used the word ‘established.” Either way, given the published decision, I think it will be difficult to find a judge to rule on the merits in a future case riding on 2923.5.