Usually, residential lenders do not file judicial foreclosures. Rather, they prefer to hold a trustee’s sale to get the property back. This is a much faster, and streamlined, process which is governed by statute. In holding a trustee’s sale foreclosure however, the lender gives up any rights to a deficiency judgment. The borrower loses the house, but does not owe any money. Often the owner tries to stop the foreclosure by trustee’s sale by filing a lawsuit, alleging defects in the lender’s procedure, and seeking an injunction against proceeding. That is what happened in a recent San Diego case, but the wise lender surprised the borrower with a cross-complaint for judicial foreclosure. 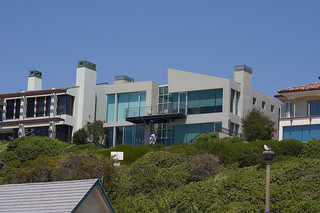 In Arabia v BAC Home Loans Servicing, L.P., Arabia refinanced his home. It was 2005, and he got an astronomical valuation- he took out a $2.8 million first, and a home equity loan of $1 million- probably lots of cash. He quit paying on the first loan in 2007. BAC began trustee sale proceedings. And Arabia sued. BAC filed a cross-complaint for judicial foreclosure. This was smart for the lender; since they were going to be tied up in a lawsuit, they might as well seek judicial foreclosure, with the resulting chance at a deficiency judgment. There was a lot of money at stake -($3.8 million total in the first and second loans. At the foreclosure the lender got the property back for a bid of $1.95 million, presumably the balance on the first). Maybe they felt that the borrower had assets, and a judgment against him could be collected.

The Servicer Can File Judicial Foreclosure

BAC was the loan servicer, not the lender. Arabia sued, claiming that only the beneficiary or the trustee under a deed of trust to bring a judicial foreclosure action under CCP §725a. This section states that the beneficiary, trustee, mortgagee, or their successor in interest can bring the action. It does not mention the loan servicer. However, the court said that nothing in the language prohibited the those named from assigning their rights to do so. The legal concept of assignment refers to the transferability of all types of property, including a cause of action. Unless there is some other restriction, assignability is the rule. In this case, the loan was securitized, and the pooling and servicing agreement assigned the cause of action (for judicial foreclosure) to the servicer, BAC.

Double Win for The Lender

This decision points out the importance of parties consulting with an experienced Sacramento real estate attorney. BAC will have to wait a year, during which the borrower can redeem the property by paying $1.95 million, plus interest, to get the property back. However, BAC can get a deficiency judgment of the difference between fair market value at time of foreclosure and $1.95 million, the balance of the first. BAC may have calculated what that difference was, and that the borrower has the assets to pay it. BAC did even better- they have the second loan also, but did not name the second in the claim for judicial foreclosure. That means the second loan has a right to redeem, but why would it? If Arabia redeems, the second deed of trust reattaches to the property. If it is not redeemed, the second deed of trust is wiped out. This was a refi, so there is no anti-deficiency protection. BAC can then seek personal liability for the debt against Arabia, and have a second money judgment against this defendant.