A California partition action is a legal procedure in which any co-owner can get a court order requiring the parties to split the property, buy each other out, or sell the property and split the proceeds. A statute allows the court to award payment of attorney fees incurred “for the common good” either by the percentage interests in the property, or based on equitable considerations. Experienced Sacramento and El Dorado real estate attorneys seldom do you see attorney fees awarded, but in a recent decision a party who claimed an 85% interest in the property did not impress the Judge and was surprised by the fee award. 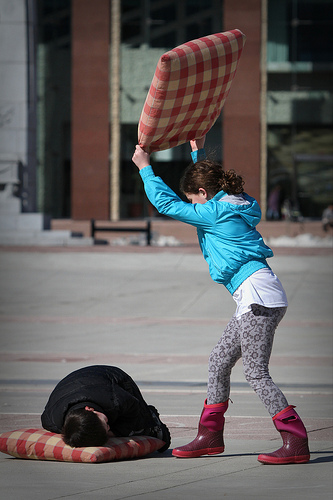 In Lin v Jen, Jane filed a partition action, claiming she owned 85% of a property and her brother Jack owned 15%, which was what the deed said. Five other siblings heard about it, and entered the case claiming equal interests in the property. Evidence Code section 662 raises a presumption that a deed is correct- to overcome it, you must present clear and convincing evidence. The other siblings presented letters from Jane showing that they all had an interest. The Judge found this to be clear and convincing evidence that Jane was being untruthful. That beat the presumption, and the judge ruled that each of the seven brothers and sisters owned one seventh interest in the property.

The five siblings made a motion for attorney fees, asking the Judge to require Jane to pay 85% of them, based her conduct in the lawsuit. The Judge said, no, each party would pay a proportion based on their interest in the property.

Jane then made her motion for $100,000 in attorney fees. The court denied them based on “equitable considerations.” CCP Section 874.040 provides for attorney fee award “in proportion to their interests or make such other apportionment as may be equitable.” The judge found that Jane had used her experience as a real estate agent to prevent her siblings from obtaining their interests, despite their mother’s intent that they all share in the property. Jane manipulated the lawsuit in her own favor, and not in favor of her siblings, and it was obvious to the judge. The proceeds from the sale were $387,ooo; Jane’s share was $55,000. She spent $100,000 in attorney fees trying to cheat her brothers and sisters, so she lost out of pocket $45,000 in the deal. I’ll bet five of her siblings have said good riddance.