When a foreclosure sale occurs, the lender often bids at the sale the entire amount due on the loan. If no one bids higher, they obtain the property. But are they entitled to then collect insurance for pre-foreclosure damage? Sometimes insurers obtain their own insurance policy, which covers them for all damage to the property. However, commercial lenders often are insured through their borrower’s policy, which only covers the value of the debt. There is an important difference if the lender forecloses, and parities in this situation may need to consult with a real estate attorney. In a recent case, the lender discovered that making a full credit bid at the foreclosure sale was a mistake, and lost its chance to collect on the policy. 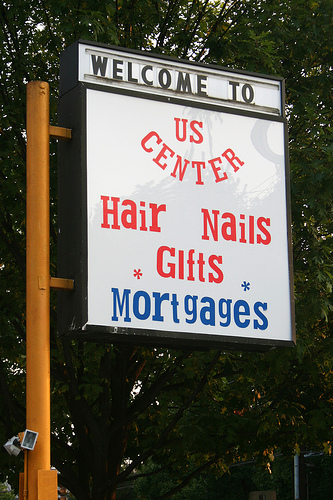 In Najah v. Scottsdale Insurance Company, the plaintiff sold a commercial property taking back a note for $2.5 million secured by a 2nd deed of trust. The first loan was for $2 million. There was a structure on the property, and the terms of the Notes required that the buyer not remove or destroy the building, and to repair any damage that occurred. The Note required the buyer to provide an all risk insurance policy insuring the seller, which the buyer obtained.
The Buyer went into default and the first lender pursued foreclosure. The seller, holder of the second, bought the interest of the first lender for the balance due on the first loan, $1.75 million. The Seller was also assigned the first deed of trust. The seller then foreclosed on its 2nd deed of trust. At the foreclosure sale, the Seller made a full credit bid – that is, it bid the full amount due on the 2nd Note.

The Seller took possession of the property, and discovered that the prior owner had trashed the building. They had taken out the HVAC equipment, water heater, commercial laundry, kitchen appliances, etc. Also there was damage throughout. The Seller, now again the owner, made a claim against the insurance policy that had been required by the promissory note. The insurer denied the claim, and suit ensued.

The policy included a provision stating that even if the insurer denied a claim for “covered loss of or damage to buildings or structures” due to “[the buyer’s] acts” or because the Buyer “failed to comply with the terms of this Coverage Part,” the “mortgageholders” would “still have the right to receive loss payment,” so long as certain conditions were met. This is called the ‘standard mortgage clause.’ It operates as an independent contract of insurance between the insurer and the lender/mortgagee, the same as a separate policy would provide. However, the amount payable to the mortgagee under the policy is limited to the amount necessary to satisfy the debt, even if it is less than would be required to repair the physical damage to the property, and once the debt is satisfied, “[the lienholder] ha[s] no further claim on any insurance proceeds.” 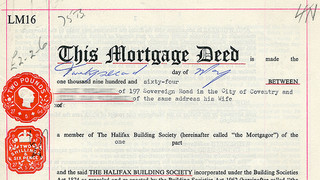 When the lender obtains a property at a foreclosure sale by making a full credit bid–bidding an amount equal to the unpaid debt, including interest, costs, fees, and other expenses of foreclosure–“it is precluded for purposes of collecting its debt from later claiming that the property was actually worth less than the bid. This is called the full credit bid rule. Because a full credit bid extinguishes the mortgage debt, the lender is not entitled to insurance proceeds for preforeclosure damage to the property.
Here, the lender argued that this rule did not apply in this case, because they held two deeds of trust securing two separate debts. Thus, they should have the same remedy as a third party who owned a senior, unforeclosed deed of trust. However, the buyer in a foreclosure on a junior deed of trust takes the property subject to the more senior deeds of trust. Thus, a full credit bid is presumed to establish the value of the total indebtedness – what was bid (the junior) and what the property is still subject to (the senior). In other words, the total of their bid plus the outstanding lien. Thus, a full credit bid “conclusively established the value of the property as being equal to the [total] indebtedness secured by the property.” Because the insurance covered only the amount of the debt, they were not entitled to any insurance proceeds for preforeclosure damage.

The lender could have avoided this problem by underbidding their security interest at the foreclosure sale. Underbidding has risk, in that a third person may bid higher and obtain the property, but this can be avoided through the instructions to the trustee, or attending the sale to observe the bid and raise to a full credit bid if necessary. By underbidding, the lender would then have a deficiency balance, which could be recovered by a claim on the insurance policy.