The security first rule is one of the numerous anti-deficiency protects provided to borrowers under California law. “Security first” means that a creditor must first exhaust all real property security through judicial process in the “one form of action” authorized by Code of Civil Procedure section 726–that is, a judicial foreclosure. The rule is violated if the lender attempts to obtain a personal judgment against the debtor before first exhausting all the real property in a judicial foreclosure lawsuit. This can be a serious penalty in the case of commercial properties, and lenders and borrowers should consult with a real estate attorney to be sure of their options. If the creditor violates the security first rule, it loses its chance to get a deficiency judgment, which holds the borrower personally liable for the balance of the debt above the value of the property.

If the borrower raises the security first rule as an affirmative defense, there are four ways the case may proceed:
1. The lender may amend the judicial foreclosure to include the omitted security;
2. The lender may prove that the borrower waived their protections under section 726;
3. The lender may prove that an exception to the antideficiency protections apply;
4. If none of the above, the lender may proceed with judicial foreclosure without obtaining a deficiency judgment, but if that is the case, it would be quicker and cheaper to just conduct a trustee’s sale.
In a recent decision, the lender needed to prove #2 applied- that a borrower waived the protection. They did not, at great cost. 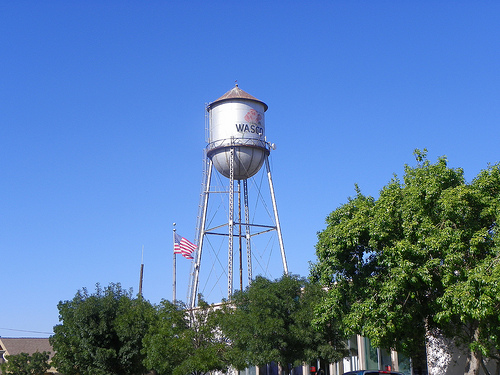 In First California Bank v. MacDonald, Sally and John borrowed over 1 million dollars secured by property in Wasco, Ca. As additional security, they also signed a deed of trust against a parcel in Safter which was owned by Sally as her sole and separate property. Sally sold the Shafter property by agreement with the Lender in which it agreed to the sale, the lender would receive all the net proceeds of the sale, and the Borrowers would not be released of liability. Apparently, John did not sign the agreement. John died, the note went into default, and bank filed a lawsuit for judicial foreclosure of the Wasco property. The trial Court issued a decree ordering sale of the Wasco parcel, finding that a deficiency judgment could be entered against John’s estate (Sally had filed bankruptcy and discharged her personal liability).

The Court of Appeals said no. The first sentence of section 726 states that there “can be but one form of action for the recovery of any debt or the enforcement of any right secured by mortgage upon real property…” A component of the one form of action requirement is the security first rule, which requires the lender to proceed first against all the real property security first in a judicial foreclosure before further enforcing the underlying debt.

Code of Civil Procedure section 726(b)) provides that the decree for the foreclosure of a deed of trust “shall declare the amount of the indebtedness or right so secured and, unless judgment for any deficiency … is waived by the judgment creditor …, shall determine the personal liability of any defendant for the payment of the debt secured by the mortgage or deed of trust and shall name the defendants against whom a deficiency judgment may be ordered following the proceedings prescribed in this section.” 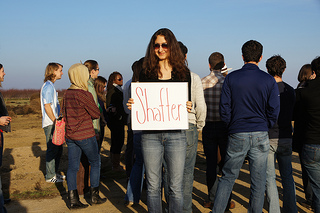 Here, the lender had not shown that John had agreed to Sally’s sale of the Shafter property. As it was her sole and separate property, they probably dealt only with her. While common sense may indicate that John was aware of his wife’s plan to sell the property, and should have spoken up if he objected, but that was for the Lender to prove to the court, but they did not do so. All they needed was John’s signature on such an arrangement, in which he made a knowing waiver of his rights.