A Lis Pendens, or Notice of Pending Action, is a document that is recorded to give constructive record notice of a pending lawsuit. The lawsuit must involve a claim which affects (a) title to, or right to possession of, real property or (b) the use of an easement. (C.C.P. § 405.4) When recorded, the Notice gives notice to subsequent buyers, transferees and encumbrancers that an action is pending which affects the real property. Sacramento real estate attorneys routinely record Lis Pendens and, for the Notice to be effective, also mail a copy of the Notice, by registered or certified mail, return receipt requested, to all known addresses of the parties and to all owners of record of the real property affected by real property claim as shown by the county assessment roll. (Civ. Proc. Code § 405.22).

In a recent case from Riverside County, a claimant who recorded a lis pendens was disappointed that the mailing requirement was serious, and their Notice was ineffective against a party to whom it was not mailed, even though the party knew about the lawsuit. 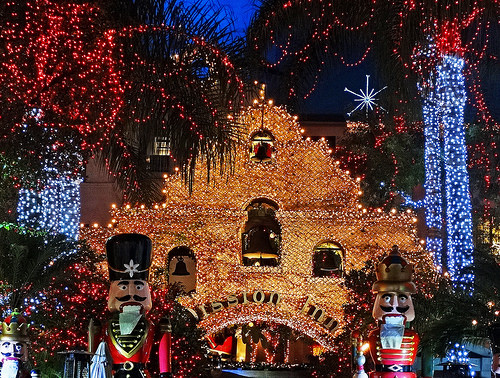 J.A. Carr v. Ronald A. Rosen involved a vacant lot in Riverside. Carr claimed that he had adversely possessed it. The property was co-owner by Ortiz and Colon, and Colon conveyed her half interest to Lopez. Before Lopez’ deed was recorded, Carr filed a lawsuit, recorded a lis pendens on May 12, but did not mail it to anyone. His attorney filed a declaration stating that Ortiz and Colon had no known address; but the assessor’s role showed a mailing address. Lopez was neither named in the suit, nor mailed a Notice. On October 13 Lopez’ deed was recorded. The court entered judgment for Carr, against Ortiz, Colon.

Carr brought another action against Lopez, who was the successor to Colon. In this new lawsuit, Lopez argued that the lis pendens, and thus the judgment, was ineffective as to Colon’s interest in the property, because it was not mailedColon at the address shown on the assessor’s role. Thus, Lopez owned the property free and clear. The Court agreed.

Critical to the decision was Code of Civil Procedure section 405.22, which states that, before recording a lis pendens, the claimant must…

The court found that this statute anticipates that the plaintiff will check the assessment role. Only if no address is listed may the plaintiff file the declaration of no known address. That was not the case here – an address was listed in the assessor’s role, but plaintiff failed to mail the document.

The Court distinguished the case of Biddle v. Superior Court (170 Cal.App. 3d 135). In Biddle the plaintiffs mailed the lis pendens to one of the defendant’s two known addresses, but not the other; and they also failed to send it return receipt requested. The defendants had actual notice of the lis pendens. They filed motions to expunge without arguing the lack of proper notice. That court found that the plaintiff substantially complied with the service requirement and unquestionably conveyed prompt actual notice to the defendants, thereby satisfying the purpose of the statute. The Carr court found that Biddle had two prongs:

First, the plaintiffs substantially complied with the mailing requirement; and second, the defendants waived any defects in the motion to expunge when they did not claim lack of statutory notice. In our case, the Carr court found that Carr had not satisfied either prong.