An equitable easement is judged-created on equitable grounds even though the user is not entitled to an easement on one of the more traditional grounds. The judge balances the rights of the various parties and decides whether there should be an injunction to prohibit the trespass, or alternatively to convert the trespass into a right, and order compensation for the victim. They were first developed to prevent a property owner inconvenienced to a “minor degree” by a trespass from nevertheless engaging in “legal extortion” against an innocent trespasser by demanding an exorbitant sum in exchange for not filing suit to enjoin the trespass. When wondering whether they have such an easement, a property should consult with the Sacramento real estate attorney, as there are usually several other grounds in play, such as a prescriptive easement, or easement by necessity. In a recent decision, the court of appeals found that the burden of removing some patio furniture was not sufficient to establish an equitable easement. 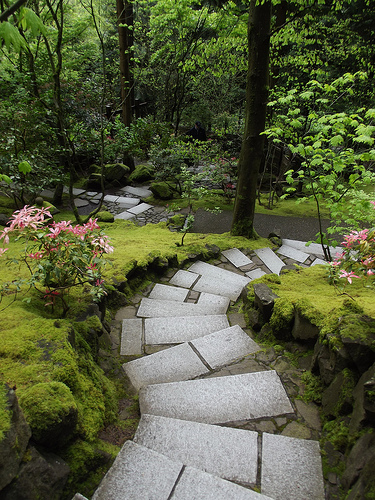 In Lilli SHOEN, v. Juliet ZACARIAS the parties were two neighbors who lived on the side of a hill. Between their adjacent lots there was a small patch of flat land, about 500 square feet that was mostly on Shoen’s lot. However, due to steepness, it was difficult to access and use from Schoen’s parcel. However, it was accessible from Zacarias’s lot by way of a staircase. Zacarias had placed patio furniture on the flat patch, and used it. An owner prior to Shoen had given Zacarias permission to use the flat patch as long as that owner continued in possession. The property was eventually sold, and Shoen took possession in 2012. Shoen demanded that they remove the furniture, to no avail. Shoen sued for injunctive relief and damages; Zacarias countered with easement claims.

The trial court found that Zacarias was entitled to an equitable 15 year easement, on payment to Schoen of $15,000. The court found that for Schoen to build a staircase would cost $100,000. It cost Zacarias $275 to have the patio furniture removed. The appellate court overturned the decision, because it was ridiculous.

The court of appeal first looked at origins of the equitable easement remedy; first, the ‘legal extortion’ angle, and then, how equitable easements give the trespasser “what is, in effect, the right of eminent domain by permitting him to occupy property owned by another. This right is in tension with the Constitutional prescription against the taking of land. As a result, courts use an “abundance of caution,”, and require showing that the hardship on the trespasser be greatly disproportionate to the hardship on the owner. “To allow a court to reassign property rights on a lesser showing is to dilute the sanctity of property rights enshrined in our Constitutions.” 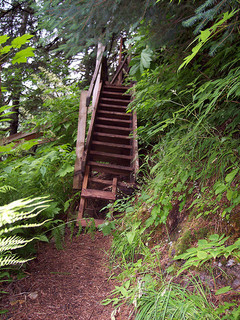