Generally with California commercial properties, when a tenant defaults there is an unlawful detainer, and the landlord is awarded as damages the rent due until the judgment. If the lease contract would have gone for a longer term, the landlord may later sue for the balance of the rent due for the remainder of the terminated lease. In a confusing decision from Southern California, the landlord collected more from the later tenants than the evicted tenant could ever owe. 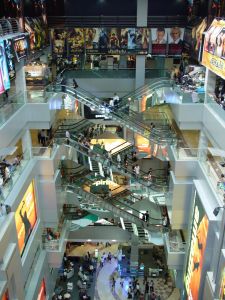 Kumar v Yu involved a shopping center lease that was not to end until July 2006. In November 2003 the first tenant was evicted, and the landlord got a default judgment for rent then due. (This default was set aside, but there is not further explanation in the decision). The landlord rented to a second tenant, who was evicted. The unlawful detailed included a judgment for over $21,000, which was paid. The landlord rented to a third tenant, who agreed to a much higher monthly rent. In 2007 the landlord sued the first tenant for the balance of the rent due under the original lease.

Generally, to recover damages from a tenant for the remainder of the term after a commercial lease has been terminated, the lease must provide that the…

“damages the landlord may recover include the worth at the time of award of the amount by which the unpaid rent for the balance of the term after the time of award, or for any shorter period of time specified in the lease, exceeds the amount of such rental loss for the same period that the lessee proves could be reasonably avoided.” Civil 1951.2(c)(1)

The language “could reasonably be avoided” addresses mitigation of damages. If the landlord wants to collect, he must make a reasonable effort to relet the premises. If he does, then the rent received from the new tenant is subtracted from what the defaulting tenant may have owed. In our case, the landlord, in the good old days before 2008, was able to increase the rent, and get paid.

The landlord argued that the rent he received from tenants two and three can be applied in mitigation (or an offset) only against the damages the first tenant owed after he vacated the premises. But the court said no. Civil Code §1951.2(a)(4) provides:

“Any other amount necessary to compensate the lessor for all the detriment proximately caused by the lessee’s failure to perform his obligations under the lease or which in the ordinary course of things would be likely to result therefrom.”

The allowance for subsequent tenants’ rents is not a setoff, but simply a method of determining actual damages to the lessor as a result of the breach of the lease. A party damaged by a simple breach of contract may not recover more on the breach than he would have received if the contract was fully performed.

This may be the first published opinion that allows mitigation against rent owed before an unlawful detainer, but it makes sense. It is really only a matter of contract damages. Parties in such situations are advised to consult an experienced Sacramento leasing attorney -post termination damages are complicated and involve a calculation of pre and post termination rents, subsequent tenants, and when to try and collect. I did say this decision was confusing. Mitigation of damages is standard practice. The landlord could have calculated that he was paid more then the first tenant owed after lease termination. Why did he bother with the lawsuit?