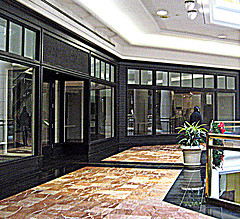 Title companies often prepare complicated documents, such as deeds of trust, grant deeds, an promissory notes to accommodate closing escrows, which results in their fees. There can be mistakes that vary in seriousness, and sometimes the only solution is to have the Court order a document re-formed. A recent decision points out the problems that can arise when a property was sold for $7.2 million dollars, and the seller did not have an experienced Sacramento and Placer real estate attorney review their documents.

In Park v American Title, park sold a Fresno property for $7.2 million. Park took back a second deed of trust securing a purchase money note in the amount of $2.45 million. First American Title (FAT) was the escrow holder for the transaction. The buyer defaulted, and in September 2006 Park told FAT to prepare a notice of default. Three months later, when the Notice of Sale should have been recorded, the Title Company told Park that they had made a mistake preparing the deed of trust. The deed of trust named the individual buyers as trustors, while the grant deed conveyed the property to the buyer’s corporation. But FAT thought they could still conduct the foreclosure sale, set for February 23, 2006.

Fifteen days before the sale, FAT declared that it could not conduct the sale, and the deed of trust would have to be reformed. This is a process by which a party files a lawsuit to obtain a court order reforming, or revising and correcting, the problem document. The title company had to get the corporation named os trustors in the deed of trust. This took time, after which the owners filed bankruptcy, resulting in a delay of one and ½ years for the foreclosure sale in April 2008. There were no bidders by then (did the real estate market change between 2006 & 2008?) And park got the property back. Park sued FAT.

The court ruled against Park, because Park could not show damages, which requires proving the existence of a bona fide purchaser at the time of the original foreclosure sale. Park’s attorney had submitted a declaration stating that the broker had confirmed several buyers who were ready willing, and financially able to pay up to $6.8 million for the property. But, the court found this to be hearsay.

What the court wanted was evidence of both:

1) the existence of a purchase contract or an offer from a potential buyer, and
2) any potential buyer had the financial ability to buy under the proposed terms.

This ruling makes it much more difficult to hold title companies accountable. In this scenario, the holder of a deed of trust and their agents would required to actively seek out a financially able buyer to make an offer which could be documented to the court’s satisfaction. A buyer is unlikely to strike a deal with a lender who does not own a property where the foreclosure sale has not yet taken place.