California Construction defect claims in common interest communities are subject to a number of California statutes. The California Supreme Court recently decided that a developer can bypass all these statutes by including in the CC&Rs a provision requiring arbitration under the rules of the Federal Arbitration Act. This benefits developers as they can avoid a jury by requiring that construction defect actions be decided by an arbitrator, and gives them settlement leverage. This decision will result in Sacramento and Yolo real estate attorneys advising developers to include FFA provisions in all their CC&Rs. The FAA makes arbitration provisions irrevocable, and drastically limits the court’s ability to fix errors of the arbitrator. 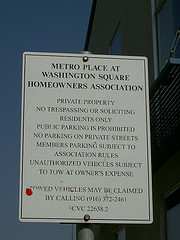 In Pinnacle Museum v. Pinnacle Market, The developer recorded a “Declaration of Restrictions” (the Project CC & R’s) to govern a residential and commercial common interest community. As usual for CC&R’s, these contain a number of easements, restrictions and covenants, which it describes as “enforceable equitable servitudes” and “binding on all parties having any right, title or interest” in the property, and their heirs, successors and assigns. Again, as usual, The CC & R’s also provided for the creation of a nonprofit mutual benefit corporation (the Association) to serve as the owners association responsible for managing and maintaining the Project property.

The Association sued the developer, on behalf of the owners, for construction defects. The CC&Rs provide:
“BY ACCEPTING A DEED FOR ANY PORTION OF THE TOWER ASSOCIATION PROPERTY, THE ASSOCIATION AND EACH OWNER, AGREE (I) TO HAVE ANY CONSTRUCTION DISPUTE DECIDED BY NEUTRAL ARBITRATION IN ACCORDANCE WITH THE FEDERAL ARBITRATION ACT AND THE CALIFORNIA ARBITRATION ACT, TO THE EXTENT THE CALIFORNIA ARBITRATION ACT IS CONSISTENT WITH THE FEDERAL ARBITRATION ACT”
The developer filed a motion to require arbitration, and the courts agreed- the case must be arbitrated under the FAA. The FAA preempts state laws, including California Code of Civil Procedure section 1298.7, which allows a buyer to file a construction and design defect lawsuit against a developer, even when the parties have signed an agreement containing an arbitration clause. What the courts look at in this situation is whether the parties agreed to waive their right to sue, and this decision defers to California contract law. 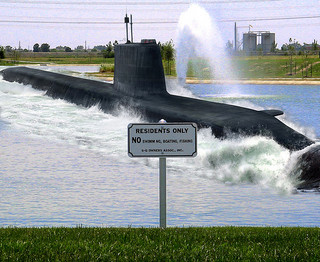 It is a legal given that, by buying a property governed by properly drafted and recorded CC&Rs, the buyer accepts the conditions, covenants, and restrictions. The recording is given to provide sufficient notice, and it is buyer beware – failure to read them, or understand them, is no excuse. Courts have held that CC&Rs are a binding contract. Though the Association did not exist when the CC&Rs recorded, the California Supreme Court found that the developer could consent to the contract on behalf of the Association.

The court found that the ability of the developer to bind the Association to the terms of CC&Rs was reasonable, and important because (1) the Davis-Stirling Act gives an association the ability to sue for damage in its own name without joining the individual condominium owners and (2) as between an association and its members, it is the members who pay the assessments that cover the expenses of resolving construction disputes. “Given these circumstances, an association should not be allowed to frustrate the expectations of the owners (and the developer) by shunning their choice of a speedy and relatively inexpensive means of dispute resolution.”

Of course, the court it may really be only in the interests of the developer to have arbitration, the association expressed otherwise by filing suit.