The California parole evidence rule generally prohibits evidence of oral statements that contradict the terms of a written contract. In the past several years Sacramento and El Dorado real estate attorneys often heard borrowers claim that their mortgage broker made promises about their loan regarding the interest rate, whether it was adjustable, when the rate would go up, and a myriad of other terms, that turned out to be true. These promises are in direct conflict with the terms of the written agreement, so the parole evidence rule keeps these statements out, and can result in a lawsuit being thrown out of court. However, a new California Supreme Court decision changes everything- now, the false promises may be admitted as evidence. 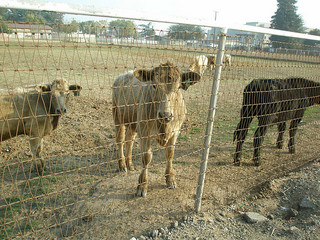 In Riverisland Cold Storage vs. Fresno-Madera Production, the borrowers owed the lender over $765 thousand, and were in default. They entered a work-out with the lender. The borrowers claim that two weeks before signing the workout they met with an officer for the lender. He told them that they would extend the loan for two years in exchange for additional collateral of two ranches. However, the agreement they signed (which the borrowers did not review closely) extended the loan for only three months, and, as additional collateral, added eight separate parcels.

The borrowers again defaulted and the lender took action before the three years the borrowers were counting on. The borrowers brought the loan current, and filed this lawsuit, claiming fraud and negligent misrepresentation. The lender raised the parole evidence rule, arguing that the borrower could not prove their claims because the rule barred any evidence of oral representations contradicting the actual terms of the written agreement. 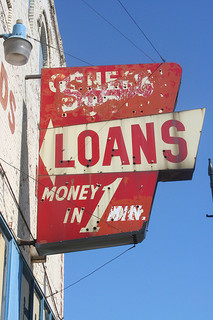 The purpose of the parole evidence rule (CCP 1856) is to protect the integrity of written contracts. A historical, narrow exception to the rule was to allow evidence of fraud in the ‘procurement of the instrument or some breach of confidence concerning its use, and not a promise directly at variance with the promise of the writing.’ The fraud exception applied where the validity of the agreement is the fact in dispute. Evidence that the agreement is void or voidable for fraud is admissible. This is different from our case, where the borrowers say that the lender made a promise directly at variance with the written agreement.

However, the court recognized that, if there was fraud, it is unlikely that it was bargained over or recited in the document. Oral promises made without the intent they be performed are more effective if evidence of the fraudulent promise was never admissible just because it was different from the terms of the agreement. The California Supreme Court concluded that the decision creating the limitation on admitting parole evidence to show fraud was an aberration, and overruled it.

This is certainly great news for the plaintiffs of the world. It is a common story to attorneys; potential clients, especially unsophisticated ones, often report promises made to induce them to enter a contract. It matters that they are unsophisticated, as they are less likely to understand the terms of the contract they are signing (though they are not absolved from not reading the contract). On the flip side, this case helps defeat an easy summary judgement motion, which throws the case out because there is no evidence other than the pre-agreement promises.