I have written before about courts calling to account lenders who reneg on loan modifications after the borrower made numerous trial plan payments. Courts have ruled against lenders based on promissory estoppel, offer and acceptance creating a contract, for lack of a signed, written modification; and lack of a modification signed by the lender. Usually, when the property is about to be, or already has been, sold at a trustee’s sale, the borrower consults a Sacramento real estate attorney about such a situation. In a recent decision the lender was disappointed when the court found that the plaintiff properly alleged numerous claims against it. 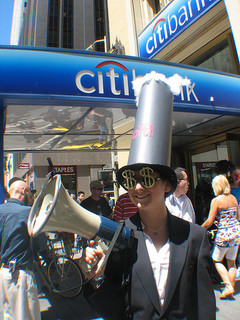 In James Rufini v. CitiMortgage, Inc., the Sonoma homeowner sought a loan modification. In June 2009 CitiMortgage approved the loan modification, and told him he would receive a permanent modification in October after timely making three trial payments. He continued making the trial payments through December, in January the lender told him that his permanent loan modification agreement would be ready in three days. Three months later, since he had not received the written agreement, he rented out the house (and lived with his son) to offset expenses while waiting for the modification. The modification was then denied because the home was not “owner-occupied.” The lender then refused to accept his mortgage payments at the modified level. A notice of trustee’s sale was recorded, and the borrower got a 30-day postponement, while the lender was requesting additional information, like income information. Meanwhile, CitiMortgage transferred the loan to PennyMac. CitiMortgage kept discussing the modification, and the property was foreclosed. The borrower claimed that the lender’s contact said he had known all along the loan had been transferred to PennyMac.

BREACH OF CONTRACT
The borrower sued the lender for breach of contract. He claimed it was the agreement to modify the loan that was breached. The court first reviewed the HAMP modification procedure:

NEGLIGENT MISREPRESENTATION
The court first set out the elements of negligent misrepresentation:
(1) the defendant made a false representation;
(2) without reasonable grounds for believing it to be true;
(3) with the intent to deceive the plaintiff;
(4) justifiable reliance on the representation; and
(5) resulting harm
The borrower claimed that CitiMortgage falsely told him that he was approved for a permanent modification and thereafter carried on the pretense of efforts to finalize it, while planning to foreclose, intending that he reply on the representations. He reasonably relied on them in expending time in modification negotiations, and foregoing pursuing other opportunities.
The lender argued that they owe their borrowers no duty not to misrepresent the truth. HA HA!, the court said, lenders have a common law duty not to make misleading representations of material facts. 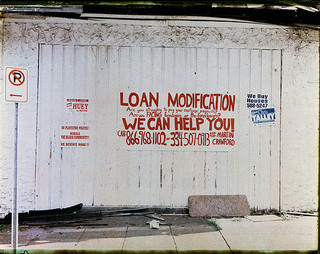 BUSINESS & PROFESSIONS CODE §17200
This Is the ‘Unfair Competition Law.’ The homeowner alleged that the lender committed an unlawful business practice when it denied his loan modification in bad faith “on the grounds that the home was not owner occupied when in fact it was owner occupied,” and pretended to engage in loan modification efforts while actually intending to foreclose.
The bank argued that this was insufficient, because it failed to allege a predicate act in violation of a statute. The court found that the B&P language makes clear that a practice may by unfair even if it is not prevented by some other law.
Next, the bank argued that he could not bring the unlawful competition claim because he had allege that he lost money or property. However, he alleged that the unfair practices deprived him of the opportunity to pursue other means of avoiding foreclosure.

Lastly, the bank argued that the unfair competition law only applies to ongoing conduct. But no- that used to be the case, but not any longer. The law allows basing a claim on a single instance of unfair conduct.

This Appeal was from a demurrer to the complaint, alleging that the complaint, as it was written, did not support these causes of action. But these are just allegations, and the plaintiff is a long way from proving them. He still has to show the house was owner occupied, and it does not sound like it was. He also has to convince a judge or jury that the CitiMortgage employee knew the property was going to foreclosure, but kept negotiating a modification anyway.