California Courts sometimes reserve jurisdiction over parties or an action after the case has gone to final judgment, for various reasons. Jurisdiction is generally the power to hear and determine the claims of the parties. Some examples of court’s holding on to jurisdiction are to to enforce settlement in an action at the request of parties; or to determine the distribution of a fund of money deposited in court; and to make such other and further orders and decrees as might be deemed proper to carry out the judgment. In fact, there is a specific procedure to have the court reserve jurisdiction to enforce a settlement agreement. Where parties reach a settlement agreement that requires one or both parties to perform some acts that will not be complete within 45 days, they can file a “Notice of Conditional Settlement” per Rules of Court Rule 3.1385. In the Notice, they give the Court a date certain that the suit will be dismissed. Until then, the case becomes inactive, and off the court calendar, but still the court has jurisdiction to enforce the terms of the settlement agreement until the dismissal date. 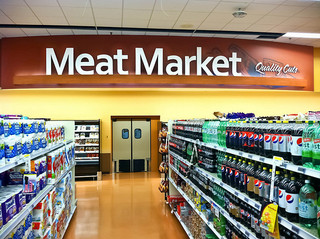 However, there is a limit to how long the court may keep jurisdiction over the parties. In Stump’s Market, Inc., v. Plaza De Santa Fe Limited, LLC, Stumps had rented space for a grocery store in a shopping center from Plaza. The relationship had lasted several years. They negotiated a modification granting Stump five additional five-year options. The rent included a calculation of the percentage of sales (percentage rent). There was some water damage in the parking garage below Stumps grocery store. Plaza said it was caused by condensation from Stump’s freezer. Stump disagreed, claiming that it was due to a leak that Stump had informed Plaza about.

They did not agree on what caused the damage, but they agreed that Stump would go ahead and repair the damage. They apparently did not agree (at least in writing) if, and how, they would split the cost. They got into a dispute as to paying for the repairs, calculating percentage rent, and Stump’s exercise of the next option. The lawsuit ensued.

At trial the jury did not believe Plaza’s witnesses, and found for Stump. In addition, the court retained jurisdiction until the judge decided that Stumps no longer had a right to occupy the premises. The life of the lease- another 17 years.

The court of appeals said that’s crazy. It first noted that jurisdiction over a cause or parties after a final judgment, order, or decree is exceptional and limited to special situations. The jurisdiction of a court of equity to enforce its decrees is coextensive with its jurisdiction to determine the rights of the parties. Jurisdiction of the cause continues for this purpose, or leave may be expressly reserved to reinstate the cause for the purpose of enforcing the decree, or to make such further orders as may be necessary. 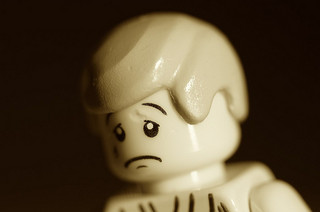 But here, the court retained jurisdiction to solve problems that did not yet exist, concerning an arms-length contract. Here, there is no future event that is certain to occur. Under California law, a case must present an actual controversy between parties before the court will consider it. Here, there was only a concern that there may be a controversy sometime in the next seventeen years.

Oh well, Stump almost hit the jackpot. To be able to waltz into court anytime you think the landlord is not playing fair, without the expense of filing a new lawsuit, would be sweet. Plaza realized what a precarious existence it would live for the next seventeen years, and wisely appealed the decision.