Liquidated damages provisions in California real estate contracts provide that the parties, at the time they enter into the contract, determine what the damages will be if there is a specified breach of the contract. It must represent a reasonable attempt to anticipate the losses to be suffered. It will not be enforced if it is primarily a penalty for punishing the party at fault. It must bear some relationship to what they parties may foresee as the actual damages that will occur. However, the parties could also have negotiated for alternative performance, where one side has a choice; Do things A & B, and you get paid something. Do just A, and you get paid something less.

A recent decision out of San Joaquin County shows how important it is to be clear in the contract, and one may need to consult a Sacramento real estate and business attorney for clarification. If the provision is not to be determined a penalty, you must actually have a reasonable basis for calculating the amount at the time of entering the contract, and also the contract must have language describing the parties agreement that the actual dollar amount has some relationship to the likely damages. If the number appears reasonable, it may qualify as both liquidated damages OR alternative performance. If it is not reasonable, the only hope is that if it is found to be alternative performance. 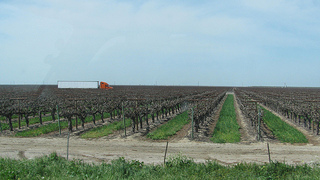 In Brian McGuire v. More-Gas Investments, LLC, McGuire had a contract to buy property to build a house. The property sold for over $1 million dollars, and was amongst vineyards in Acampo. The buyer wanted to make sure his view would be protected.

The Contract Provision
In the purchase contract the seller warranted that adjacent lots would not be permitted to construct any structure within nine hundred feet of the access road, in order to protect the buyer’s view, by amending the CC&Rs. If the Seller was unable to amend the CC & Rs within two months from close of escrow, Seller was to refund to Buyers $80,000 from the purchase price under the Agreement. The CC&Rs were not amended, the Buyer refused to refund the money, and this lawsuit resulted.

At his deposition, the Buyer testified that he did not remember how that $80,000 figure was determined. He admitted plaintiffs did not do any market research to determine what the diminution in the value of the property would be in the absence of the building , and had not discussed damages.

The trial judge granted summary judgment, finding that the provision was an unenforceable penalty. 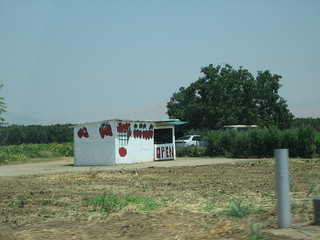 Civil Code section 1671 provides that a liquidated damages clause is “valid unless the party seeking to invalidate the provision establishes that the provision was unreasonable under the circumstances existing at the time the contract was made.” (If the case involves a buyer failing to complete the purchase and facing forfeiture of the deposit, Civil Code sections 1675 – 1697 would apply)

An amount disproportionate to the anticipated damages is termed a “penalty.” A contractual provision imposing a “penalty” is ineffective, and the wronged party can collect only the actual damages sustained. In this case the defendant shot himself in the foot in testifying that they did not really consider a way to arrive at the $80,000 figure, it was just a number. Thus, the court did not think it qualified as liquidated damages, and must be a penalty. The trial court did not consider whether it was for alternative performance.

A contract provision that first appears to be a liquidated damages clause or a penalty may, in fact be instead a provision that allows an alternative performance that does not impose damages and is not subject to section 1671 limitations. However, the court has to determine whether or not the alternative performance is merely a ruse to disguise a penalty. The judge looks at the substance, not the form, of the transaction. If it is in fact a contract contemplating but a single, definite performance with an additional charge contingent on the breach of that performance, the provision must be viewed under the rules for liquidated damages.

The Court in this case looked at cases covering alternative performance, in which a party was given the rational choice of which performance to tender: either the company could make the specified improvements to the property and an installment payment or the company could decline to make those improvements and forego the payment. In this case. More-Gas could either amend the CC & Rs and keep the $80,000 or decline to secure that amendment and refund the $80,000 to plaintiffs. Viewed in this manner, the purchase agreement for the Orchard property can be understood to contain an enforceable provision for alternative performance rather than an unenforceable penalty provision. Thus, it overruled the trial judge’s finding that it was a penalty, and sent it back to determine if it was in fact a penalty or rather alternative performance.