Code of Civil Procedure §726 is referred to as the “one action rule,” and the “security first rule.” It provides that, where there is a debt secured by real estate, there may only be one form of action to collect the debt, and that remedy is foreclosure. If it is through a lawsuit for judicial foreclosure, with some exceptions the lender may also obtain a deficiency judgment in that same action. If the lender conducts a non-judicial trustee’s sale, it is barred from collecting for the deficiency. On its face the rule is simple, but what if either the borrower, or the real property, is not located in California where section 726 applies? In that case, lenders and borrowers should consult with a Sacramento and El Dorado real state attorney, as there are numerous statutes and court decisions that cover the issues in this area. One such issue is where the lender gets a deficiency judgment after foreclosure of out of state property. Another issue, discussed here, is where the foreclosure is out of state, but the lender wants to sue for the balance in California. In this case, 726 does not apply. 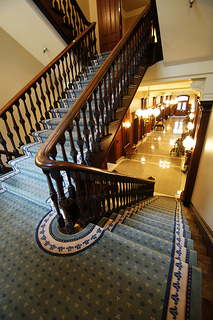 In Felton v. West ((1894)102 Cal 266), both parties lived I n California. Felton loaned West over $90,000, and West signed a promissory note, which was secured by property West owned in Oregon. West didn’t pay the loan, and there was a foreclosure sale of the Oregon property. The sale price did not cover the debt, so the lender sued the borrower, in California, for the balance, about $44,000.

Defendant argued that section 726 barred the action. As there was a prior action in Oregon to recover for the same debt, section 726 prohibited the California action- after all, there can be only “one form of action…,” and that already occurred in Oregon.

The court did not agree. It looked at the origin of section 726. Previously, the law permitted an action on the Promissory Note, and also a separate suit in equity to foreclose the mortgage which secured the note.

“The mischief in such a practice lay in the multiplicity of suits, and the harassing of the debtor by two actions, when the creditor could readily enforce all his rights in one. A remedy for this evil was provided by section 726 of the code, whereby the creditor was allowed to foreclose his mortgage and have a personal judgment for any deficiency in the same action.”

As a result, section 726 has been interpreted to “suppress the mischief and advance the remedy” by requiring the lender to exhaust his security first (through foreclosure) before bringing a personal suit against the borrower. 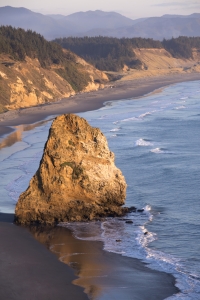 In this case the lender was a resident of California, but to follow the borrower’s interpretation, he had no access to California courts. He could not bring an action here to foreclose the mortgage, for the security is situated in another state. He could not bring a personal action at law upon the note only, for our courts would not allow him to waive his security.

However, the court interpreted section 726 to only refer to action for recovery of debt secured by property located in California. Section 726 refers to foreclosure, which by necessity could only apply to property in the state of California. Therefore, under these facts, multiple actions-one to foreclose, and one to collect the balance, is ok.