Loan guaranties are contracts in which the guarantor promises to pay the debt if the principal debtor fails to pay. This is not what happens when someone thinks they guaranteed a home mortgage loan for their son or their significant other- they are usually equally liable on the loan. A guaranty more routinely shows up when an entity, such as an LLC or corporation, borrows money or signs a lease. The lender or landlord wants the individuals involved to guaranty the debt. If the guarantor has substantial assets, the lender may allow them to carve out some assets from being available for collection, such as their residence. Loan guarantors should consult with a Sacramento real estate and business attorney to closely review the terms of their guaranty so that they understand what their liability is. In a recent case (which was the first published opinion on the issue in the U.S.), the guarantor excluded a house from liability. He sold the house, and was surprised when the court ruled that, while the house was not attachable to pay the debt, the proceeds of the house (cash from the sale) were not excluded, and could be grabbed by the Lender. That the house was on Lake Como tells you that this was alota cash. 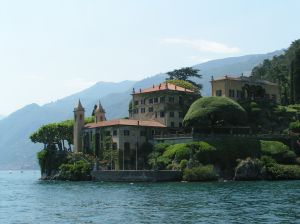 In Series AGI West Linn of Appian Group Investors DE LLC, Series loaned $3.1 million to a limited partnership which was developing a market in Oregon. Robert Eves, the developer, guaranteed the loan. The lender had Eves sign a Loan Guaranty, which provided:
” The following assets are excluded from the Robert J. Eves personal Guaranty: … The personal residence of Robert J. Eves at Via Regina, 27 Moltrasio, Como, Italy and its contents.”
The project went belly-up, the senior lender foreclosed, and Eves refused to honor his guaranty. The lender filed suit against the borrower and guarantor for $6.3 million, then applied for a prejudgment order of attachment. Eves opposed to the extent it would attach to proceeds of the Como house.

Attachment Law
The creditor seeking an attachment must show that it is “more likely than not that the plaintiff will obtain a judgment against the defendant” (Code Civ. Proc., §§ 481.190 An attachment is properly issued in an action involving a contractual claim of money of a fixed or ascertainable amount of more than $500 (Code Civ. Proc., § 483.010, subd. (a))
.
Guaranty Law
A guaranty is a form of surety, whereby the guarantor “promises to answer for the debt … of another.” (Civ.Code, § 2787.) A guaranty is a contract, is subject to the usual rules of contract interpretation. Parties are free to enter any contract they like, and courts assume that each party to a contract is alert to, and able to protect, his or her own best interests. 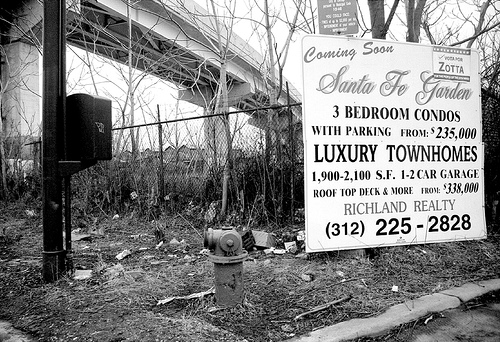 The court found that the other loan documents were relevant, as they are all referenced in the guaranty, and found that the concept of ‘proceeds’ was addressed in other ways. The “Deed of Trust, Security Agreement with Assignment of Rents and Fixture Filing” that Eves, as the developer, signed for the limited partnership on the same day as the guaranty, has numerous references to “proceeds.” It transferred to the lender transferred to Series AGI “All income, rents, …. proceeds and other benefits from…” the project, together with “All proceeds and claims arising on account of any damage to, or Condemnation … Also transferred were “All proceeds of any of the foregoing, including,…., proceeds of any …claim… or proceeds thereof.” (Italics added.) Another provision discussed “Insurance Proceeds,” “Net Insurance Proceeds,” “Condemnation Proceeds ” and “Proceeds of Sale. ” The result of all this was that the parties were not ignorant of the concept of “proceeds.”

The court found for the Lender, as it was more likely than not that they would obtain a judgment against the guarantor. The guarantor was a sophisticated party and experienced investor. He was assisted by counsel. The proceeds problem is one he should be expected to anticipate. He carved out the house from liability, but NOT the proceeds. He was left to lie in the bed that he made.