Quiet title is a lawsuit used in California to establish title to real estate against adverse claims. Quiet title attorneys know that If there is a dispute as to title, and claims against a property, the court order decides it once and for all- or almost all. California statutes allow naming even unknown defendants, and publishing notice of the suit. However, on homeowner who was victim of a scam found out the her quiet title judgment did not affect a deed of trust. 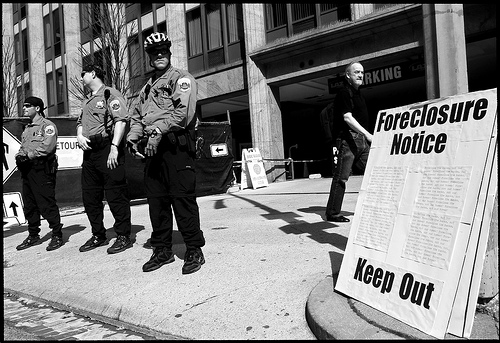 The Quiet Title Judgment
She got a judgment in the quiet title suit against the other scamsters quieting title in her name free of adverse interests. Deutsche Bank then filed a new suit to establish its rights in the deed of trust. The court first looked at the Code of Civil Procedure; section 764.030 provides the judgment is good against all claims known and unknown. 764.045 provides exceptions. McGurk argued that the deed of trust was of record when she filed the quiet title, thus the judgment in her favor establishes here title free of the lien of the deed of trust. The court found that Deutsche Bank took the assignment while the suit was pending, and thus was subject to the possibility that it New Century did not have an interest to assign.

Why It Didn’t Work
Property owners with issues regarding title and claims should always consult an experienced Sacramento real estate lawyer. The problem for McGurk is that she dismissed New Century from the lawsuit. Thus, the judgment did not decide New Century’s interest. Because New Century was dismissed, the judgment impliedly exempted New Century from its terms. . McGurk did reach a settlement with New Century (after the assignment), but it did not affect the already assigned deed of trust. With New Century in bankruptcy, in hindsight it would have been better to get relief from the bankruptcy stay and keep New Century in the lawsuit. Deutsche Bank probably would not have gotten involved, and the quiet title would have been effective. The homeowner elected the opposite, which seemed like a good idea at the time, as she did reach a settlement with the lender; just not the result she needed.