Real estate title in more rural or agricultural areas of California are often reliant on ancient surveys, sometimes handwritten, relying on monuments that are gone or have changed, and less accurate survey instruments. When disputes arise, the parties must rely on their surveyors to convince a judge that they are correct. Real estate attorneys can find themselves in a battle of surveyors, disputing whether the other side’s approach is reliable or not. This problem arose in a recent decision near Healdsburg regarding a property line between a vineyard property and the new owners of an adjacent winery. The surveyor’s approach, as well as testimony of some old-timers who lived on the properties, made life difficult for the new winery owners. 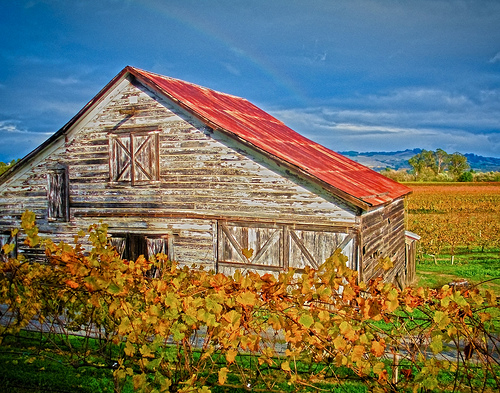 In Belle Terre Ranch, Inc. v. Wilson, new owners bought the Soda Rock Winery in 2000. The Soda Rock winery building backed up to the vineyard of Belle Terre Ranch, with a pathway in between. A line of ancient oaks ran behind the building, within 2-4 feet of the building wall. The new Soda Rock owners began reconstructing the winery, and the owners used the pathway for deliveries to the back of the building, as well as for heavy equipment access. Ron, the 70 year old President of Belle Terre, had lived on the property all his life. He testified that he did not complaint about use of the pathway during the initial reconstruction because he wanted to be neighborly.

Soda Rock applied to the county for permits to complete the renovation, and Belle Terre complained to the county about a need for the survey, and that there had been some trespassing. The owners spoke with each other, agreeing that a survey should be done. Ron apparently agreed to accommodate access to the rear of the winery for reconstruction, so as to be a good neighbor.

Two surveys were conducted. Both surveyors agreed that the property description ran back to 1870, when the public highway (now Hwy 128) was a narrow, single lane, straight dirt road used buy horses and wagons. The problem was locating the centerline of that road, since it has been replaced by a 2 lane paved highway.

Belle Terre commissioned Brunner, who concluded that the line was 2.5 to 3 feet behind the building, and corresponded with the line of oak trees. He found that the public highway was not lost, and that the only verifiable change was a layer of asphalt pavement. He determined what the centerline was as of 1870, and took his measurements from there.

Soda Rock commissioned Story, who found that the boundary line was 12 to 13 feet behind the winery building. Story did not believe the original highway centerline could be established from the monuments. He used for his starting point a pasture fence described in 1870; he believed it was in the same location because it appeared ancient. Running the line to where it crossed the Trimble property line, and along the Trimble line more than 1672 feet to locate the Northeast corner of the Soda Rock Property. The Trimble description was from a 1885 handwritten survey. 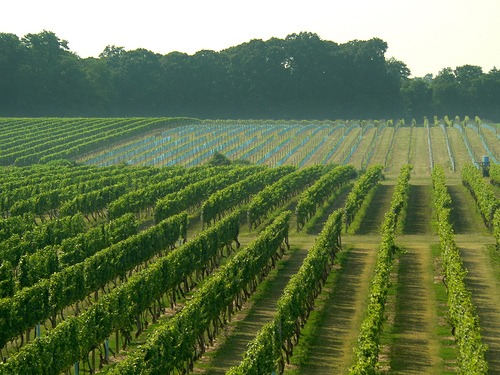 Brunner found the Trimble survey had an unacceptable degree of error believing it was unreliable. His testimony was that the surveying instruments and measurements from 1885 were not reliable enough. Another surveyor testified as an expert, agreeing that the Trimble survey was unreliable, and that Brunner used the more reliable evidence. Ron and David, a witness who had grown up on the Soda Rock property, both testified that as kids in the 1940’s they believed the line was a cattle fence that ran along the line of oak trees. David said that the back doors of the winery opened inward and had only been used for ventilation, not for deliveries.

The court thought the Brunner survey was more reliable than Story’s. It found “the Brunner survey most closely aligns with the language contained in the original Deed creating the subject parcel and, as such, most closely follows the original intent of the parties.” It noted that Brunner’s location of the property line corresponded closely with the location of the cattle fence that had once existed along the line of oak trees. And it found “very little evidence, if any, … to indicate that the actual centers of the historic route of Highway 128 and the current route of Highway 128, at least as of the time of the 1988 Survey, differ in any significant detail.” It quieted title to the disputed are in favor of Belle Terre.

Soda Rock also claimed that it had established a prescriptive easement in the area behind the winery. The court disagreed.

Remember that an element of establishing a prescriptive right is that the use be adverse and hostile to the true owner’s title. If the true owner had permitted the use, the claim is groundless. Here, Ron had testified that he did not complaint about use of the pathway during the initial reconstruction because he wanted to be neighborly. Also, when owners spoke with each other, agreeing that a survey should be done, Ron apparently agreed to accommodate access to the rear of the winery for reconstruction, so as to be a good neighbor. That testimony was enough; Soda Rock had nothing that could contradict the permissiveness of the use. The court noted that, prior to 2008, there was no evidence the Soda Rock owners had ever made a statement to Belle Terre claiming ownership of or a right to use the disputed strip of land, nor was there evidence that they had “cared for or maintained the territory (avenue) in dispute.”