When California lenders and buyers seek title insurance, they want to be sure that the title to the property that they are receiving, or the security for their loan, is what they expect it to be. In the case of the lender, they want to be sure that they are in first place, so that if they need to foreclose, the property will be unburdened by any senior lien or liability, and they can get their money out of it. A preliminary title report, the precursor to the policy, is an offer to sell an insurance policy, but not like any other kind of offer to make a contract. If I offer to sell you my “used Buick, which has 20,000 miles on it, for $12,000,” and you accept, when you discover that it really has 97,000 miles on it, you have a claim against me for breach of contract and fraud. But Sacramento & Yolo commercial real estate attorneys are often faced with explaining to clients that the preliminary report cannot be relied on in the same way. That was the answer some mortgage investors got from the court, when the preliminary report stated that the title company would get a full release of a notice of abatement action before issuing a policy. 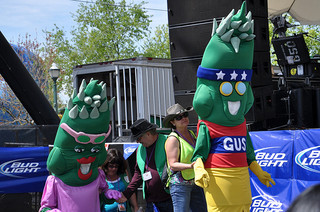 In Stockton Mortgage Inc. v Tope, the plaintiff Lender loan $315,000 to Tope to buy and rehab a Stockton property. The lender obtained title insurance from Alliance Title Company, underwritten by First American. The preliminary report had the standard language stating”

“[T]his Company … is prepared to issue, or cause to be issued, as of the date hereof, a Policy or Policies of Title Insurance … insuring against loss which may be sustained by reason of any defect, lien or encumbrance not shown or referred to as an Exception herein or not excluded from coverage pursuant to the printed Schedules, Conditions and Stipulations of said Policy forms.”

One of the exceptions was a Notice of Abatement Action, along with the statement “Prior to close of Escrow Alliance Title Company will require that a FULL RELEASE be obtained.” However, the Notice of Abatement was NOT included in the final title insurance policy.

The title company contacted the County and made a payoff demand. The County responded that they could not release the abatement action until all the deficiencies were cured. The problems were not fixed, the borrower defaulted, the property was foreclosed, and the loan investors (who had been assigned the lender’s rights) took title. They sued the title company, claiming that the release of the abatement action was a condition of making the loan.

Breach of Contract – The title insurance policy
The lender argued that the notice of abatement was a lien or encumbrance, covered by the policy (a written contract), because it accrued penalties and other assessments. The court first considered the definition of encumbrance, which is ‘any right to, or interest in, land which may subsist in another to the diminution of its value, but consistent with the passing of the fee, including taxes, assessments, and all liens upon real property.’ But here, the Notice of abatement action informed the owner of a duty, and raised only the possibility of future enforcement, which could included assessing costs which could become a lien. The court found that the policy did not insure against future events; thus the possibility of a lien did not equal being an insurable lien. The recording of the notice itself is merely notice of the physical condition of the property, for which there is no coverage. (Actually, in this case Alliance did pay all outstanding enforcement costs at close of escrow).

Breach of Contract – the Preliminary Report 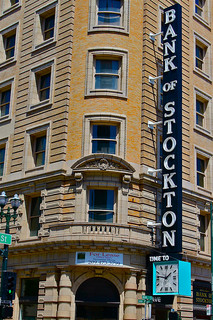 The lender also claimed that the title company breached the terms of the preliminary report, because the prelim stated that Alliance would require a full release of the Notice. However, it is fundamental that an application for title insurance and is an offer to issue a title insurance policy. (Ins.Code, § 12340.11.) It did not create any liability on behalf of the title company. Huh? In this case, it sure looks like it was a term of the offer – we will not insure title UNTIL we get a full release! Nonetheless, courts don’t look at prelims that way. Title companies always win on this argument.

The lender also claimed that the title company represented it would obtain releases for the Notice, and having so agreed, was bound to exercise ordinary care in doing so. The court said no; we already explained that you lost on the contract action, thus reliance on the prelim or title report, was misplaced.

Lastly, the lender claimed that the title company’s inclusion of the Notice in the prelim, and failing to include it in the insurance policy, was an “implied representation’ that it had been release. No dice, said the court- negligent misrepresentation requires a positive assertion and does not apply to implied misrepresentations.