Sometimes possible real estate buyers do want to close the deal unless they can obtain certain benefits, such as a zoning change, or lot split. To lock up the property and make their investment worthwhile, they enter an option contract. An option is a unilateral contract under which a property owner, for consideration, agrees to sell its property to another (optionee) if, within a specified time period, the optionee elects to exercise the right to purchase. The owner has made an irrevocable offer to sell at the specified terms in return for the consideration. To be enforceable, the option contract must have consideration paid by the optionee, and sufficiently describe the purchase terms – parties considering such a deal may want to consult with a Sacramento real estate attorney to ensure its enforceability.

The optionee is not required to buy, but if they follow the terms for exercising the option, it becomes a simple purchase contract. Otherwise, it expires. In one court decision, the question arose of whether there was adequate consideration, or just an illusory promise that was not legally binding. the buyer had an escape clause that did not require him to do anything. The plaintiff who then decided not to sell was disappointed to learn that the buyer’s part performance made the promise binding. 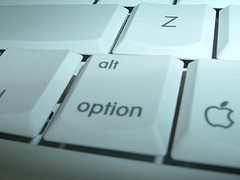 In Steiner v. Thaxton, Steiner entered a contract to buy 10 acres of bare land. However, the agreement provided that Steiner could cancel the deal at any time at his sole discretion. It states:

“It is expressly understood that [Steiner] may, at [his] absolute and sole discretion during this period, elect not to continue in this transaction and this purchase contract will become null and void.”

He proceeded to seek county approval for a parcel split, and to obtain development permits, spending thousands of dollars. The seller then said he did not want to sell, and the buyer sued for specific performance of the contract.

The court first concluded that the contract was in fact an option. When the owner binds himself to sell on specified terms, and leaves it discretionary with the other party to the contract whether he will or will not buy, it constitutes simply an optional contract. Thus, the question arose as to whether there was consideration for the option.

Civil Code section 1605 defines consideration as “Any benefit conferred, or agreed to be conferred, upon the promisor, by any other person…as an inducement to the promisor”

In our case the promisor is the owner of the land.

Thus, there is a 2-part test in order to find consideration:

2– the benefit or prejudice must actually be bargained for as the exchange for the promise. 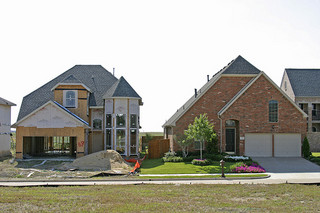 Here, part 1 was accomplished – the buyer/optionee’s promise to seek a parcel split may have been illusory at the time the agreement was entered into, but he subsequently undertook substantial steps toward obtaining the parcel split and incurred significant expenses. The effort provided a benefit to the seller/optionor, and was a prejudice suffered by the buyer.

Thus, the court concluded that the buyer’s part performance cured the illusory nature of the contract; thus there was sufficient consideration for the option, and that it was enforceable.

The steps that probably took place were a) the buyer tied up the property at a specific price, b) he signed a deal with another person to buy from him all or part of the finished product, with lot split and permits completed, and then c) he began the process of obtaining the development rights. There was a third party who interned in the lawsuit, because the buyer had assigned some of his rights.

Detailed terms of the purchase contract are set out in the footnotes of the opinion. But this begs the question – why did the parties not just enter an option contract? A nominal cash consideration could have been paid; after all, the seller has now tied up his property to some extent.