The California Association of Realtors has published a set of transaction forms (“CAR” forms) for nearly every potential real estate contract. These fill-in-the-blank forms are intended to allow agents to prepare standard contract documents without the risk of being accused of practicing law. They are routinely revised and often the changes are not obvious. Anyone with prior experience with the forms should be sure to check which edition they are currently using or interpreting, as the provisions may be different that what they are used to. If necessary, buyers and sellers of real estate should consult with a Sacramento real estate attorney be better understand what their contract language will mean in their deal. A common area of concern is the release of contingencies. If the sale is contingent on something, that something has to happen for the contract to be further enforceable. An example is a contingency to obtain a loan on certain terms. If the buyer cannot obtain it, then they can call the deal off. However, they can decide to accept a loan under different conditions, and waive the contingency. 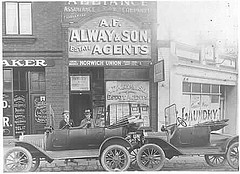 The C.A.R. forms used for residential purchase agreements since the October 2002 revision have eliminated the last vestige of “passive” removal of contingencies common in the older forms. The new forms all utilize “active” written removal of contingencies, such that satisfaction of the underlying condition is not enough; there must be a written removal before a contingency is, in fact, removed. If a party does not remove it in writing, it is incumbent on the other to serve a Notice to Perform. Until all contingencies are removed in writing, Sellers always have a right to cancel. Other than the risk of cancellation, there is no penalty to the holder of the contingency if the underlying event occurs but the contingency is not removed in writing. The older C.A.R. Purchase and Sale form copyrighted 1983-1985, is different.

Older C.A.R. Forms Allowed “Passive” Removal of Contingencies
The pre- October 2002 form provides for election of “Passive Removal.” If the Buyer does not remove contingencies, or give notice of items disapproved, he is conclusively presumed to have waived all contingencies. Seller does not have a right to cancel. If the Buyer notified the Seller of items they did not approve, and Seller does not respond within the specified time, the Seller is deemed to have refused to correct the items, and the Buyer may cancel. 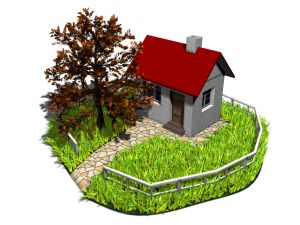 Older C.A.R. Forms, Where “Active” Removal Was Selected, Did Not Require a “Notice to Perform.”

The pre- October 2002 form allows selection of “Active Removal” of contingencies. If the Buyer does not remove contingencies in writing within the specified time, the Seller may cancel without serving a Notice to Perform.

Current C.A.R. Forms Require “Active” Removal, Require Notice to Perform, And Maintain The Right To Cancel Until All Contingencies Are Removed In Writing.

The current C.A.R. forms are different, representing a change in philosophy of the forms, a result of the strong seller’s market that had existed in California for several years. The forms give the parties a 17 day free look. Now, if a contingency is not removed in writing in the time specified, the other party must to serve a Notice to Perform to trigger their right to cancel. And if anyone’s contingency is not removed in writing, the Seller always has a right to cancel. Thus, removal of a contingency in writing, as well as occurrence of the underlying event, are required to satisfy the Contract. The Purchase Contract and the Contingency are taken together as they are parts of one transaction. Civil Code §1642. The various provisions of the contract are reviewed together, “so as to give effect to every part, if reasonably practicable, each clause helping to interpret the other.” Civil Code §1641. To interpret the contract otherwise would require pretending that the CAR forms were not changed.