California real estate law applies the first in time, first in right rule to recorded mortgages and deeds of trust. The lien recorded first, (senior) has priority to any recorded later. The result is that if the senior lender forecloses, the security of the second (junior) is wiped out. That means that the junior merely has a promissory note to enforce against the debtor, and no lien to foreclose. The lien is relied on by the lender as security, meaning that the best chance to get paid back the debt is to foreclose. After the senior forecloses, the junior can only file a lawsuit against the borrower, who may not have assets beyond the real estate that was foreclosed upon. There is an exception to the rule – if the senior modifies their loan enough that it significantly changes the risk to the junior that the senior loan may not be repaid, the senior may lose priority, and they swap places – the junior, or second, lienholder, may move into first place. Parties modifying a senior loan may should consult with a California real estate lawyer to determine whether this is a problem in their situation. In a 1998 decision the third district court of appeals explains the ground rules, and the junior lienholder was disappointed because the senior loan was not modified severely enough. 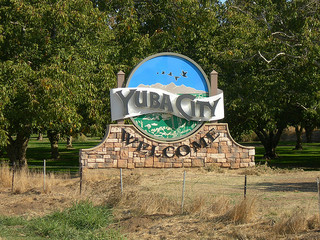 In Thomas P. Friery et al. v. Sutter Buttes Savings Bank (61 CalApp 4th 869), Friery owned commercial property in Yuba City subject to a loan held by Sutter Buttes Savings Bank the first, or senior loan). She sold the property to Herminito and Eloisa Briones, and took back a note secured by a deed of trust (the 2nd, or junior lien). The sale triggered the “due on sale” provision of the senior loan, which allowed Sutter Buttes Savings Bank to call the entire loan balance as due. The Bank and the Briones entered a workout agreement, which allowed the Briones to assume the loan, and modified terms of the original promissory note. The maturity date was advanced five months, and the Briones were required to pledge two additional properties as security. Friery did not know about the modification.

The Briones defaulted, the Bank began foreclosure, and Friery brought this lawsuit, claiming that the modification agreement so increased the likelihood of Brione’s default as to amount to a substantial impairment of their security interest. They argued that the Bank owed a duty to refrain from making such a modification.

Friery argued that the duty here was an extension of the Gluskin vv. Atlantic Savings and Loan Assn. decision (32 Cal App 3d 307). There, a party bought raw land, and subsequently obtained a construction loan to build houses. The seller took back a note and deed of trust, which they agreed to subordinate to the construction loan. After the market declined, the construction lender agreed to modify the loan, reducing the principal, increased the interest, and shortened the loan term from thirty years to 10 months! The court held that, in Gluskin, the lender modified the terms so much that the senior loan had a high risk to go into default, materially modifying the seller/junior lienholder’s rights. Thus, the senior lender lost its priority. 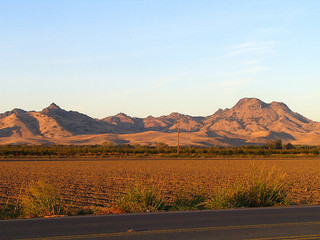 Here, in Friery, the situation was not as bleak for the junior. Friery was a sophisticated loan broker, and should have known that selling the property would trigger the due on sale clause. Friery voluntarily put themselves in a position that carried an element of risk. Here, the senior loan was put in jeopardy when Friery sold the property to a less solvent owner. The court found no reason to extend the Gluskin rule to assist this plaintiff.

This is a good result. The rule in Gluskin acknowledged that a lender subordinating their deed of trust to another is hazardous. However, that lender was to be protected from the senior and the borrower entering surreptitious agreements that would essentially destroy the junior’s security. Here, there was no such policy concern.