When a court is considering whether to grant an injunction to stop an innocent (the trespasser does not know they are trespassing) trespass to real estate, the judge applies the balancing the hardships test – how is the owner whose property is being encroached upon, versus the hardship to the trespasser to remove the encroachment. This is an equitable decision, as opposed to the case of prescriptive easement, in which the judge applies a strict set of statutory rules. Cases have established that there should not be an “exclusive” prescriptive easement. However, in a relative hardship analysis, the court may establish what is actually an exclusive use easement.. Sacramento and El Dorado real estate attorneys may consider the difference in the two remedies in fashioning their claims for relief. 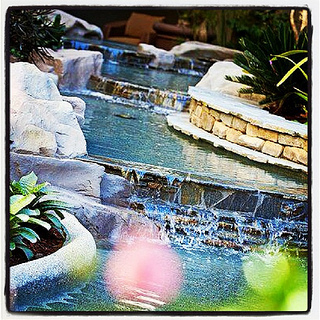 In Hirshfield v. Schwartz, the Hirshfields were elderly sisters who lived in their Bel-Air house since 1940. The Schwartzes moved in 1979. Both assumed that the chain link fence between their properties marked their property line. The defendants made several improvements: they extended the fence, built waterfalls a koi pond and stone deck, added a putting green and sand trap. After a car entered their front yard, to keep the kids safe they built an exceptionally strong block wall with the largest rebar available. Meanwhile the plaintiff sisters maintained a variety of exotic plants and trees, making it a botanical showplace..

It always starts with a survey, which the plaintiffs did. The survey disclosed that the defendants trespassed on their property in two locations. In the front, the block wall encroached. In the rear, part of the sand trap, extensive underground water and electrical lines, and several motors underground in a concrete and iron enclosure were encroaching. The plaintiffs, claiming that they needed the front portion to build a circular driveway, and the rear portion to install a greenhouse, filed suit to quiet title and trespass.

The decision rested on the paucity of plaintiffs’ evidence. They admitted that the entire wall did not need to be removed, but removing a three foot section would improve visibility from the proposed driveway. Before learning of the trespass, they had planned to build a greenhouse (presumably in another location).

The defendants evidence showed that they believed the chain link fence marked the boundary. They produced no evidence of the cost to move the various motors and utility lines, but the judge inferred that it would be significant. With consent of the parties, the judge had examined the property. The judge’s observations were not reported, but the judge could have taken notice on his own that the cost would be substantial. The Court did two things; 1) it denied an injunction to force defendants to remove the encroaching items. 2) It granted the defendants an exclusive easement in the plaintiffs’ property. 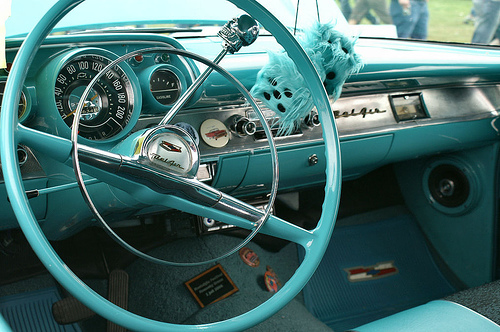 In denying the injunction, the court relied on the relative hardship doctrine of Christensen v. Tucker (114 CalApp 2nd 554). Under this doctrine, once the court determines that a trespass has occurred, the court conducts an equitable balancing to determine whether to grant an injunction prohibiting the trespass, or whether to award damages instead. Overarching the analysis is the principle that since the defendant is the trespasser, he or she is the wrongdoer; therefore, “doubtful cases should be decided in favor of the plaintiff.” To deny the injunction, the defendant must show three factors:
First, the defendant must be innocent. That is, his or her encroachment must not be willful or negligent. The court should consider the parties’ conduct to determine who is responsible for the dispute.
Second, unless the rights of the public would be harmed, the court should grant the injunction if the plaintiff “will suffer irreparable injury … regardless of the injury to defendant.”
Third, the hardship to the defendant from granting the injunction “must be greatly disproportionate to the hardship caused plaintiff by the continuance of the encroachment and this fact must clearly appear in the evidence and must be proved by the defendant.

Here, the court identified the relative equities, and then balanced the relative hardships. The judge found the testimony for the plaintiffs “lacked weight.” While the defendants did not present evidence of the cost of moving encroachments, the judge inspected the property. There was evidence of how extensive the encroachments were – the strong wall with the largest rebar, the several motors underground in a vault, extensive underground water and electric lines. It is assumed that, combined with what the judge saw, the evidence was sufficient to support the conclusion that the cost would be substantial. The injunction was denied.

I think this decision rode on the insufficient evidence presented by the plaintiffs; it may have poor preparation, or just the nature of the plaintiff witnesses. The decision of the court of appeal, read in whole, gives a feeling that they brought there B game.

Next post- How granting an exclusive easement to trespasser is different that a prohibited exclusive prescriptive easement.