Loan modifications for California homeowners has become less a rarity in recent times. A loan modification is an enforceable contract between the borrower and lender, and as long as the borrower performs, they will be able to keep the property. However, now as before, lenders lose track of the status of their relationships with their borrowers, and may not realize that a mortgage has been modified. Recently, the federal Court of Appeals, 9th Circuit, found that a lender who forgot they modified a loan, and began foreclosure proceedings, could be in violation of the Equal Credit Opportunity Act requirements for adverse actions by lenders. 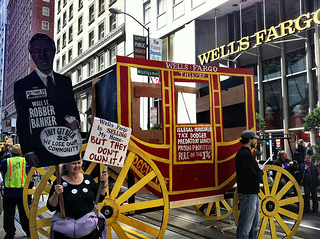 “denial or revocation of credit, a change in the terms of an existing credit arrangement, or a refusal to grant credit in substantially the amount or on substantially the terms requested. Such term does not include a refusal to extend additional credit under an existing credit arrangement where the applicant is delinquent or otherwise in default, or where such additional credit would exceed a previously established credit limit.”

The borrowers claimed that Wells Fargo’s acceleration of the loan (calling the entire balance due) was an adverse action taken without giving the required notice. It revoked credit when it canceled the right to defer payment of the debt. The court agreed- based on Wells Fargo’s non-responsiveness to the borrowers, and acceleration of the debt, the borrowers had made a claim that the bank terminated the loan modification agreement and thereby revoked the borrower’s credit for purposes of the ECOA. Wells Fargo argued that the default notices did not terminate the loan modification agreement, and thus had no binding effect, but the court said forget it. Violating the loan agreement by sending the default notices was an adverse action, and the borrowers were entitled to the required statutory notice.

Violation of the Equal Credit Opportunity Act makes a lender liable for any actual damages sustained by the plaintiff. §1691e. Here, the plaintiffs alleged severe emotional distress, including worsening the effects of post-traumatic stress disorder. Damages are also available if they can prove harm to their reputation for creditworthiness, and for attorney fees if they prevail.