A real estate seller in California has both a common law (established by court decisions) and statutory (created by the Legislature) duty to disclose material facts that affect the value of the property. (Brokers also have a duty of disclosure) Under the common law, a claim of fraud based on mere nondisclosure can be made when 1) there is a confidential relationship, 2) the defendant has made a representation that is likely to mislead absent a disclosure, 3) there is active concealment of the undisclosed matter, or 4) when one party to a transaction has sole knowledge or access to material facts and knows that such facts are not known to or reasonably discoverable by the other party. However, the buyer’s reliance on the non-disclosure depends on whether they knew or should have known the truth; if so, they were not justified in relying on the nondisclosure. In a recent decision the seller relied on a recorded document as the disclosure, but was surprised that the Court required them to also make statutory disclosures. 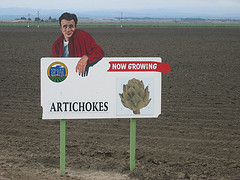 In Alfaro v. Community Housing Improvement System, a housing project near Castroville that was developed to be be affordable to very low, low and moderate income households. The parcels each had deed restrictions limiting the resale prices of homes in housing development. As part of the purchase price, the buyers contributed their time and labor towards construction of their own house, plus those of their neighbors. When they eventually discovered that they were limited in the price they could sell their house for, they sued, claiming that the deed restrictions on price were not disclosed to them.

In this case, the seller of the real property has two duties to disclose. First, a common law duty to disclose ‘where the seller knows of facts materially affecting the value or desirability of the property which are know or accessible only to him and also knows that such facts are not known to the buyer. Secondly, there is a statutory duty to disclose deed restrictions in the Real Estate Transfer Disclosure Statement (Civil Code section 1102.6). (If a seller asks an experienced Sacramento real estate lawyer if something should be disclosed, the reply is usually yes, even if it is not required on the disclosure statement. If it was important enough to ask the attorney about, than it is a material fact.) A breach of the duty to disclose allows a suit to rescind the contract or for damages. 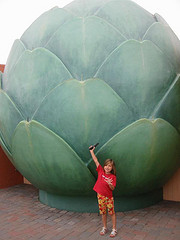 The Court first noted that the recording of a deed restriction (prior to plaintiffs’ deed) is considered to give ‘constructive notice’ of the restriction. The buyer may not have seen it, but the law treats them as if they had. However, there is an exception to this rule. The purpose of the recording acts is to protect bona fide buyers, not buyers who have been defrauded. The constructive notice rule does not apply to buyers who have been defrauded; but, the exception does not help if they had actual knowledge based on documents they received.

Here, the Plaintiffs’ received a preliminary title report which revealed the existence of a deed restriction. However, in the court record it was not clear that they had received it before escrow closed. Remember, this was an unusual deal in that the buyers contributed as down payment eight to ten months of labor. If they had received the report before close of escrow, it would have been relevant as to whether the buyers could justifiably rely on the lack of disclosure in the transfer disclosure statement. But, without knowing the timing, the preliminary report was not controlling. The fact that the seller had not disclosed the restriction in the transfer disclosure statement remained an issue in the case.