Cotenancy provisions are often required by larger retail tenants in shopping centers of all sizes. They require other specified stores in the center to be open and operating, on the assumption that these other stores will draw the desired mix of potential customers. They come in two flavors; opening requirements, meaning that the requirement is fulfilled before the tenant is required to open; and Operating requirements, meaning that the tenant’s obligations continunue only so long as the named tenants remain in business. Parties to a commercial lease may need to consult with a Sacramento real estate attorney to clearly define the cotenancy requirements in their lease, so that they do not face any surprises, as one tenant faced in a recent decision when their cotenancy provision was found to be an unenforceable penalty because the tenant had never really considered what its harm would be if the named store did not open. 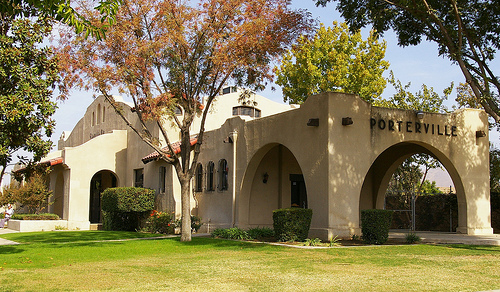 In Grand Prospect Partners, LP, v Ross Dress for Less Inc., Ross was negotiating with a shopping center owner Porterville, in Tulare County. Ross wanted a cotenancy provision that required a Mervyn’s to opening and running before Ross was required to open. If Mervyn’s did not open, or ceased operating, Ross would not owe rent, and did not have to open a store. (The terms of the lease are more fully set out below). Two months after the parties signed the lease; Mervyn’s filed bankruptcy, and never opened its store in the Portville center. Eventually Ross notified the landlord that it was going to terminate the lease under the cotenancy provision. This lawsuit ensued, with Grand Prospect, the landlord, claiming that the lease was unconscionable, and the cotenancy rent abatement provision was an unenforceable penalty.

Under California law, an unenforceable penalty lacks a proportional relationship between the forfeiture compelled and the damages or harm that might actually flow from the failure to perform a covenant or satisfy a condition. The test requires a comparison of

Here, the lease rental payments (plus CAM charges) which were to be abated were $39,000 per month. However, in negotiating for this provision, the evidenced showed that Ross did no study or analysis to see what the impact of Mervyn’s traffic would have on the profits of a Ross store sales. Ross was unable to say whether the closure of Mervyn’s stores in other centers where Ross was located impacted Ross sales. Thus, the trial court found that Ross anticipated that it would not have any losses due to Mervyn’s absence. When the 1) value of money forfeited, $39,000/month, was compared with the damages anticipated by Ross, $0.00, the Court concluded that the rent abatement provision was an unenforceable penalty.
It is surprising to me that a retailer as large as Ross did not have any analysis of the harm closure of other stores in centers which Ross had a presence. This case is a clear lesson, in any rent abatement situation, for a tenant to determine (before signing the lease) what harm it may actually incur if there is to be a rent abatement.