“Equitable subordination” is used to correct equitable wrongs in the priority of liens on real property. If fairness requires, a first lien or deed of trust can be subordinated, or reduced in priority below, a second lien, swapping their positions. (Civ. Code, §§ 2876, 2903, 2904. A lengthy description by the Supreme Court is copied below). When, through fraud or mistake, a party finds that his lien does not have the priority he bargained for, they should consult with a Sacramento real estate attorney to discuss equitable subordination. Such a lawsuit may result in the judge reclassifying the respective liens to make them fair. In a recent decision the court granted equitable subordination on behalf of two deeds of trust where there was both broker fraud (in forging signatures) and escrow negligence in failing to carry out instructions and reconvey a deed of trust. 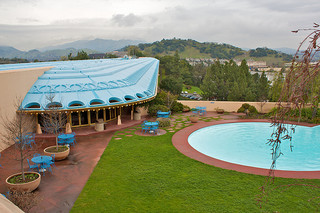 In Elbert Branscomb v. JPMorgan Chase Bank N.A., Navjot owned property on Canal Street in San Rafael. He had three loans; 1st, from Washington Mutual Bank; 2nd with MMB; and 3rd, a $500,000 loan from plaintiff Branscomb. All were secured by deeds of trust. However, Banscomb’s 3rd DOT only indicated that I the loan was for $100,000, due to the broker’s negligence. Navjot refinanced with WaMu, and Modified the MMU loan. Conditions of both were that the lenders were to keep their respective first & second positions. When the escrow officer asked Branscomb’s broker for a payoff of the third, he replied that it was zero, and signed a request for reconveyance. (Yikes, it was $500,000! This broker was bad news. He was also found to have forged his client’s signature on a number of documents. He had done this before, but Branscomb continued to work with him. They deserved each other.) Compounding the broker’s error, the escrow officer was negligent in not reconveying the Third deed of trust. When the first & second refinances recorded, Branscomb moved to 1st, and the other two dropped to 2nd & 3rd. This lawsuit for equitable subordination resulted.

Knowledge of the Plaintiff’s Lien Did Not Prevent Subordination
The court noted that, generally, courts will give a lender the security he bargained for when there is a mistake or fraud and an intervening right cuts off the lender. Here, both JPMorgan & MMB advanced funds on the condition that they remain in 1st & 2nd position. Third place plaintiff knew his loan was intended to be 3rd. Thought The first lenders knew of the third loan, they did not know that the 3rd would remain on the property and move to first – they conditioned their actions on maintaining the same priority.

The Negligence of Escrow Did Not Prevent Subordination
Also, the trial court had claimed that the holders of the first & second, unlike plaintiff, had a claim for damages against the escrow officer. But the appellate court did not agree that it affected the equities of the parties. This was because:
(1) there was no guarantee such a lawsuit would succeed,
(2) if the lender received the equitable subrogation to which it was entitled, there would be no loss for the title insurance company to indemnify, and
(3) if sued by the lender, the title insurance company might be entitled to assert lender’s right to equitable subrogation. 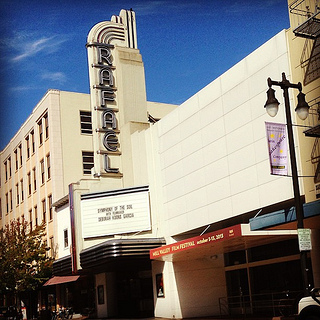 The Supreme Court explanation of equitable subordination mentioned above:
“One who advances money to pay off an encumbrance on realty at the instance of either the owner of the property or the holder of the incumbrance, either on the express understanding, or under circumstances from which an understanding will be implied, that the advance made is to be secured by a first lien on the property, is not a mere volunteer; and in the event the new security is for any reason not a first lien on the property, the holder of such security, if not chargeable with culpable and inexcusable neglect, will be subrogated to the rights of the prior encumbrancer under the security held by him, unless the superior or equal equities of others would be prejudiced thereby, and to this end equity will set aside a cancellation of such security, and revive the same for his benefit.” (Simon Newman Co. v. Fink (1928) 206 Cal. 143, 146.)