In order for a deed to be effective in California, it must be “delivered” and “accepted.” These terms do not have their normal meanings in this context. Delivery does not mean the physical act of transmitting the deed to the grantee. Delivery refers to the intention of the grantor that the deed be presently operative, with the grantee immediately becoming the legal owner. Delivery can be inferred if the deed is recorded or is in the grantee’s possession. The deed also must be accepted, which again refers to the grantee’s intent. The grantee must have the intention to become the legal owner of the property. Usually, these issues do not come up, except in unusual circumstances in which a party to a deed should consult an experienced real estate attorney. Such an unusual case came up when deeds were prepared for a trust that had not been created. After the grantee’s death, the grantors’ heirs wanted the property back. The grantors’ heirs were disappointed to learn that, nonetheless, the deeds had been delivered and accepted, and the property was not theirs. 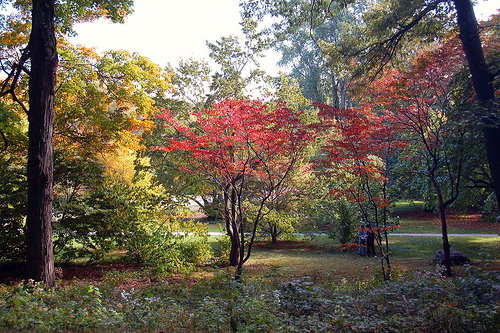 In Gloria Luna v. Erica Brownell, the dispute arose regarding a house in Monterey Park. An attorney was involved and had the parties sign too many deeds, confusing everything. Al owned the property and wanted to plan for his passing. He signed a deed granting the property to himself, brother, and two sisters as co-owners. Later (here’s where the attorney got involved) the two sisters each signed two deeds, one granting their interest back to Al as an individual, the other to Al as trustee of a trust (that had not been created). Several weeks later, Al executed the Declaration of Trust. The sister’s deeds to the Trust were recorded, and Al died 11 days later.

The sisters’ heirs filed this lawsuit claiming that the deed to the Trust was void because the trust did not exist when the deeds were signed and delivered to the Lawyer. The defendant argued that the sisters, when they signed the deeds, had the intent to return title to Al, either as an individual or as trustee of the trust.

END_OF_DOCUMENT_TOKEN_TO_BE_REPLACED

Altered or forged deeds are subject to some specific rules in California. In some cases, where it is altered by a party to the deed, they may be declared void, and of no effect. If it is altered by a third party, it is not entirely void – it is still valid as between the original parties. In a recent decision, The person who should have been an owner of property did not consult a Sacramento real estate attorney, and misunderstood what a deed actually said. When it was improperly altered before recording, the result did not change the effect of the conveyance – she had no interest in the property. 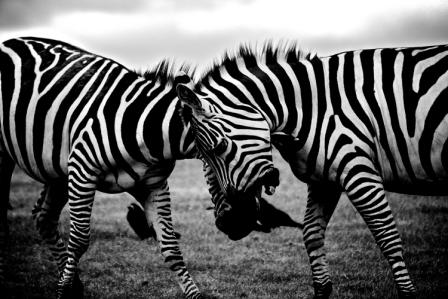 Lin filed suit against River & Elevation for fraud, and also against Coronado, the buyer, to quiet title. Regarding the quiet title, she claimed that the deed was altered after it was executed, it was void, and thus did not convey title. The buyer claimed that Lin never had an interest in the title in the first place, so they were a bona fide purchaser for value, and the claim failed. The Court agreed with the buyer.

END_OF_DOCUMENT_TOKEN_TO_BE_REPLACED

According to the California Legislature, the vast majority of joint tenancies in California are used as a will substitute among family members. In a joint tenancy, the survivor among the title holders “inherits” the property. This is different from holding the property as tenants in common, in which case each party owns a percentage interest in the property; if one passes, their percentage would go to the deceased person’s heirs. Real estate lawyers are reluctant to suggest joint tenancy because of the risks involved (though escrow officers suggest it). A joint tenancy requires a great amount of trust in the co-parties, because any joint tenant may sever the joint tenancy at any time by recording a deed. Thus, John Doe, joint tenant, could deed his interest to himself as John Doe, tenant in common, at any time, and the other owners of the property would never know. The result would be that the parties are no longer joint tenants, but are now tenants in common. Sacramento real estate attorneys commonly see this happen with estranged couples who bought property as joint tenants. One unexpected result of this problem surprised two Marin County brothers in a recent court case, when one brother deeded his interest to himself as tenant in common. This triggered reassessment, and they got hit with a huge tax bill. 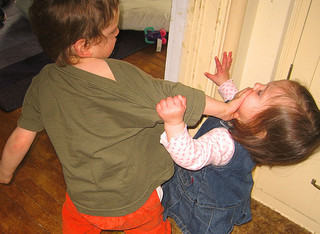 In Benson v. Marin County Assessment Appeals Board, Mom was joint tenant with good son. After mom died, good son owned the property outright. He put his ungrateful brother on title as joint tenants. Ten years later Ungrateful severed the joint tenancy by recording a grant deed in which he granted to himself his interest as a tenant in common. The County Assessor felt this triggered the reassessment provisions, the assessed value of the house went up, and the property tax increased an additional $2,683 per year. Ungrateful brought this lawsuit claiming that severing the joint tenancy did not constitute a change in ownership for reassessment purposes, but was merely a change in the way title was held.. 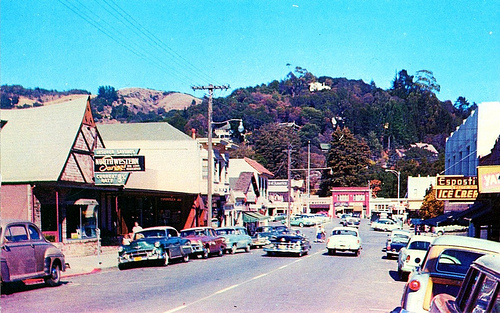 Under Proposition 13 real property tax is based on “full cash value,” meaning “the appraised value of real property when purchased, newly constructed, or a change in ownership has occurred. Generally, any sale or transfer of property results in a change of ownership.
END_OF_DOCUMENT_TOKEN_TO_BE_REPLACED

“Unclean hands” is a defense used in courts, in which a party claims the other side in not able to obtain relief because he comes to court with unclean hands- he has acted in bad faith or unethically. [Technorati J64A92HRG74M] The rule is sometimes stated “those seeking equity must do equity” or “equity must come with clean hands”. It is a defense to equitable remedies- remedies that are other than the payment of money. Anyone with knowledge of a forged deed should consult with an experienced Sacramento and Placer real estate lawyer. In a recent California 3rd District Court of Appeal decision, it was used against a party who was not following the advice of his attorney when he tried to set aside a forged deed.

In Estates of Augustus Collins and Elijah Flowers v. Darcy, there were several characters with unclean hands. Collins and Flowers, who jointly owned their residence, had passed away. Elijah’s son Joseph forged their signatures on a deed granting the property to McIntyre. Andre, another son and Joseph’s half brother, then proceeded to seize control of the house, as follows:

1st- he recorded a mechanic’s lien for $75,000, though he was neither a contractor nor gave notice of the lien, making it defective;

END_OF_DOCUMENT_TOKEN_TO_BE_REPLACED

Al’s siblings were put on title to Al’s property so that it would pass to them if Al died. Al decided to create a trust, and have the trust be on title, so the siblings conveyed title back to Al, and Al conveyed the property to the trust. But, Al did not create the trust until 13 days later. The deed from Al to the trust was then recorded, and Al died shortly thereafter.

Al’s siblings claimed that the transfer to the trust was ineffective, because the deed was signed before the trust was created. The Court said it was effective, and the trust owned the property. The question has never appeared in a California published decision, so the court looked at the law in other states. It agreed with the general rule that a deed to a corporation made before its organization is valid between the parties, though void if asserted against third parties. It found that here, Al the individual granted the property to Al the trustee, anticipating the creation of the trust. Therefore, the deed was effective between them.

END_OF_DOCUMENT_TOKEN_TO_BE_REPLACED

Under California law, a Grant Deed contains two implied covenants- these are promises that are not written into the deed itself.

In deed language, the “grantor” is the person or entity who grants the property and signs the deed; the “grantee” is the one who receives the interest in the property.

First is the implied covenant that, prior to this deed, the grantor has not conveyed the same interest in the property to anyone else. In other words, I grant this property to you, and I guarantee that I have not already given it to someone else. It is not a guaranty that I have good title.

END_OF_DOCUMENT_TOKEN_TO_BE_REPLACED

Despite the best intentions, sometimes deeds get altered by someone other than the person granting the property, before they are recorded. What is the effect of the deed, once it is recorded?

A recent California appellate decision addressed the issue in a case with unusual facts, this time dealing with a transaction between family members. George was facing a lawsuit and decided he should have his name taken off a Deed to California property by granting the property to his niece, F.S., the consideration being described as “gift.” (This conveyance was possibly fraudulent as to George’s creditors, who might have been able to have it invalidated, but that is another story) George and his niece lived in South Carolina, so he sent the deed to California to be recorded. (The record does not indicate whether he sent it to another relative in California, but given the family feud this decision describes, it sounds likely.)

Before it was recorded, the deed was altered by some unknown third person to add two grantees, in addition to F.S., to the deed. In the lawsuit, other family members who claimed they should be on title sought to have the deed voided, as it had been altered.