In my last post I discussed how a designed officer / broker, who places their real estate license with a corporation, is not liable to third parties for failing to supervise the corporations employees as required under the Business and Professions Code. Another argument used by experienced Sacramento and Yolo real estate litigation attorneys is to claim that the broker is liable under traditional agency law. In this case, however, something more is needed. 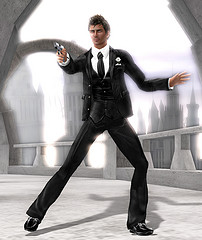 In Sandler v Sanchez the plaintiff was trying to make the corporation’s designated officer – broker liable for misrepresentations of a salesman. The plaintiff also argued that the designated officer/broker could be held vicariously liable, under principal -agent law, for failure to supervise the salesman. Generally, a corporate employee acts on behalf of the corporation, and not its owner or officer. But here the plaintiff argued that, though the salesman was not the broker’s employee, he was his agent, and on that basis there could be liability. The plaintiff directed the court to federal court decisions (which the state court does not need to follow), saying that a right to directly control the salesman allows liability to third parties. However, the U.S. Supreme Court has held that aright to control, by itself, does not create a principal – agent relationship that would make the principal (here, the designated officer) vicariously liable for the salesman’s conduct. There need to be additional factors to create this liability.

END_OF_DOCUMENT_TOKEN_TO_BE_REPLACED 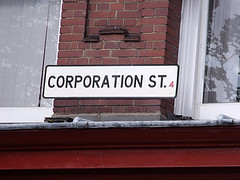 END_OF_DOCUMENT_TOKEN_TO_BE_REPLACED

Real estate brokers in California usually know the importance of a written agreement with their clients. First off, the statute of frauds requires there be a written agreement promising to pay a commission in order for them to be entitled to get paid. The agreement has to be signed by the client, unless it is ratified by the client. But there are other details to be included in an agreement between a broker and their principal, and to avoid ambiguity they should consult with an experienced Sacramento and El Dorado real estate lawyer. One such ambiguity recently landed a broker in court. 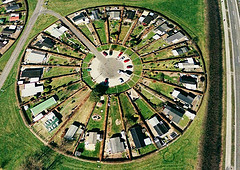 In Duncan v McCaffrey Group, the defendants were licensed California real estate brokers as well as developers. The developer-brokers marketed a project as a custom home development, in which only large custom homes would be build. The plaintiffs were a number of people and trusts who had bought lots in the development. They claim that they paid a premium price because it was to be an exclusive custom home development. However, they also claim that the broker at all times intended to build small tract homes in the subdivision (the developer actually amended the CC&Rs after they bought the lots to allow for smaller houses). As a result of building the tract homes, the values of the plaintiffs’ lots plummeted.

END_OF_DOCUMENT_TOKEN_TO_BE_REPLACED

Ownership of California real estate is like owning a bundle of sticks, or a bundle of rights. These rights, or sticks, include the right to use, possess, and dispose of the property. Experienced Sacramento real estate lawyers know that some disputes depend on whether you own a stick in the bundle, or something else. A central California party recently learned, too late, that an option to buy was not one of the sticks in the bundle.

The question arose because of a statute of limitations – the deadline a party has to file a lawsuit before their rights are timed out. In Cyr v McGovran, the loser obtained options to buy some parcels of property. The owner later gave options to a lender on the same property that were to be effective only if the loser did not exercise his options in time. The loser’s deadline was December. However, someone screwed up, maybe the broker, because the later options to the lender said the deadline was in September- if the lender acted according to its option, it would exercise it too soon.

The lender recorded a memorandum of option in September, clouding the title. The loser closed escrow on the property in November, and the lender filed suit, recording a lis pendens, which tied up the property for a year before it was dismissed. Then the losers sued the sellers and their brokers for screwing up the dates on the options, claiming damages in hiring attorneys to defend the lender’s lawsuit, and for costs relating to holding on to the property while it was tied up in litigation.

END_OF_DOCUMENT_TOKEN_TO_BE_REPLACED

A California Real Estate Broker has a right to payment of a commission only when there is a signed written agreement that provides for a commission. The commission is not earned until the broker completes the performance, and satisfies the conditions, spelled out in the agreement. But, as a recent decisions show, contract language regarding commissions is subject to interpretation, and concerned sellers , brokers, and agents may want to cunsult with an experienced Sacramento and Yolo County real estate lawyer.

In RealPro Inc. v. Smith the sellers entered a listing agreement with MGR, a broker. The agreement proved that a commission was earned when “a buyer is procured who is ready, willing, and able to buy the Property at the price and on the terms stated herein, or on any other price and terms agreeable to sellers.” It also authorized payment of commissions at close of escrow.

The listing price was $17 million. RealPro, another broker, presented a written offer to MGR for the full listing price. The listing broker then told MGR that the seller was increasing the listing price to $19,500,000. Except for the price, all other terms of the offer were acceptable. RealPro then demanded its share of the commission from MGR as a third party beneficiary of the listing agreement. MGR refused to pay, and RealPro sued.

END_OF_DOCUMENT_TOKEN_TO_BE_REPLACED

California real estate brokers occasionally face lawsuits from disgruntled clients for negligence is performing their duties. A recent California decision points out that, where breach of fiduciary duty is alleged, the client has four years to sue, not two as in the case of negligence. This is a reminder that concerned broker should consult with experienced Sacramento and Yolo real estate lawyers regarding their rights and potential liabilities.

In Thomson v Canyon Thomson, facing foreclosure, listed her property with Broker Canyon. An investor approached the owner and offered to salvage her property from foreclosure by buying it from her, paying off the liens, and then selling it back to her within six months in exchange for her paying to the investor the amount of the liens, plus $10,000 profit for him. She agreed, and they entered a contract for sale. Supposedly Thomson asked the Broker numerous times to document the requirement that the buyer deed the property back to her; the Broker assured her that he would take care of this. Of course, he never did. The investor took title to the property, and eventually sold to a third party for $140,000m more than he had paid for it. 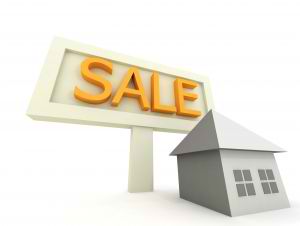 Thomson sued the investor, but the case was tossed because of the Parole Evidence Rule -she was attempting to introduce evidence of an oral agreement that was contrary to the written terms of the purchase contract. She next sued the Broker for breach of fiduciary duty and negligence.

END_OF_DOCUMENT_TOKEN_TO_BE_REPLACED

A recent decision out of Santa Clara County found that some investors in hard money loans were not holders in due course, and had to pay back all their interest, all because the broker was mistaken as to whether his corporation was licensed. Experienced California real estate lawyers always check the DRE license status; but this broker’s attorney did not.

A hard money lender makes loans that do not conform to bank standards (and thus pay higher interest) and are secured by real estate. If the broker has a real estate license, they are not subject to California usury laws.

In Creative Ventures v. Jim Ward , a licensed broker retired and closed his hard money corporation. He came out of retirement, formed a new business to lend money (“JWA”), applied for a brokers license, but apparently the license was never placed with the corporation. JWA held itself out to be licensed, and the Promissory Notes indicated that it was. JWA arranged to lend close to 3 million to a developer with several promissory notes. Meanwhile, the DRE did an audit, and notified JWA’s attorney, before the deals were final, that they did not believe JWA was licensed (Yikes!). The deals closed, and JWA solicited 54 individual investors.

END_OF_DOCUMENT_TOKEN_TO_BE_REPLACED

Someone bought a property in Berkeley, then discovered that there was an easement across it that no one told her about. She sued her broker and the seller’s broker for failing to disclose the easement.

The buyer’s broker brought a cross-complaint against the seller’s broker for “equitable indemnity.” Under California law, where there are two tortfeasors (wrongdoers) who are both liable for the plaintiff’s injuries, they are entitled to have the liability split between them based on comparable fault. This can be accomplished through the cross-complaint for equitable indemnity.

However, the trail court judge threw out the cross-complaint, claiming that, since both brokers were already in the lawsuit, their comparable fault would be apportioned anyway in the trial.

END_OF_DOCUMENT_TOKEN_TO_BE_REPLACED

A California Broker entered a contract with a Buyer to locate commercial property for development; the broker would be representing the Buyer exclusively. They located a project, and the Buyer entered a contract to buy the property from the seller. The contract also required the seller to build over 175 condo units and obtain a certificate of occupancy before escrow would close.

There were delays, the certificates were never issued, the condo market collapsed, and escrow never closed. The broker sued the Buyer for its commission, which was $1.74 million.

The Buyer’s claimed it did not have to pay the commission, because escrow never closed. The Brokerage agreement stated that “the commission was to be paid the Broker through escrow at closing.”

END_OF_DOCUMENT_TOKEN_TO_BE_REPLACED

Robbins was licensed both as a real estate broker and as an attorney. On January 23, 2001, he pled nolo contendere (no contest) and was convicted of three misdemeanor building code violations.

The DRE filed an action to revoke his license, based on this conviction plus a history of conviction for 50 prior violations. He also had been disciplined by the state bar. The broker argued that there was not showing of intent, and that the crimes did not involve moral turpitude.

Unfortunately for the broker, In 2008 the Legislature amended the statute to allow for revocation of a license without the need to prove moral turpitude. The court here pointed out that the law does not require a failure of honesty or truthfulness for the crime to be related to the broker’s fitness as a licensee. It also noted that the legislature found that a no-contest conviction is strong enough indicator of guilt to warrant discipline. His intent? It was to make money, and that was intent enough. His license was revoked.