In California real estate Partition actions, Courts are able to award reasonable attorney fees “incurred or paid by a party for the common benefit.” CCP §874.040. This applies even in contested partition suits. It is all in the court’s discretion – fees incurred by a defendant to a partition action could be for the common benefit, and therefore allocable in part to the plaintiff, despite the fact that the defendant had “resisted partition, with the claim that plaintiff had no interest in the subject property, that it belonged to defendant alone, and that plaintiff was a mere volunteer in paying the delinquent taxes. However, courts have found that fees incurred “advocat[ing] a position of limited merit” are not for the common benefit and should be borne by the party “pressing” such “spurious matters.” A court may achieve a similar result through an exercise of its equitable discretion under section 874.040 and require a party to bear its own fees. But what if there is a written agreement between the parties which contains an attorney fee provision? In a recent decision, the parties entered a settlement agreement regarding property that did not limit the right to partition. When one filed a partition action, claiming to be enforcing the settlement, the court disagreed that they could invoke the attorney fee provision. 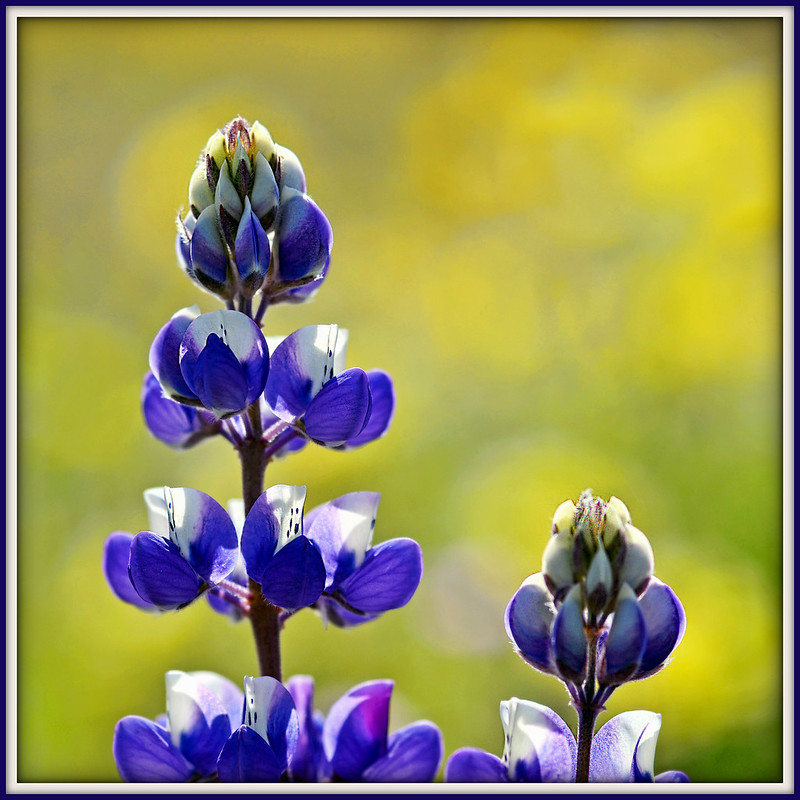 In Orien v. Lutz, three siblings were gifted two properties from their mother; they each obtained one-third undivided interest. Once mom died they fought over her probate estate, resulting in s a settlement agreement which included the 2 properties. The exact language is set out at the end of this post below; in summary, the Settlement said that if the parties agreed, they could sell the properties, but this did not prevent them from filing a partition action. Another provision provided for attorney fees to anyone who brought an action to enforce the agreement or prevent its breach.

Eventually the plaintiff filed this action seeking a partition. Partition was granted. The trial court awarded attorney fees to plaintiff pursuant to paragraph 21.1 of the settlement agreement and Civil Code section 1717, which governs awards of attorney fees for actions on contract. The trial court agreed that the action “concerned enforcement of one of the provisions of the settlement agreement—paragraph 11.1—that allowed for partition by sale of the properties at issue” and therefore fell within the attorney fees provision.

END_OF_DOCUMENT_TOKEN_TO_BE_REPLACED

Parties in real estate lawsuits in California can enter formal settlement agreements, which become enforceable by the court under Code of Civ. Proc. Section 664.6. A judgment may be entered, but the court retains jurisdiction to enforce the agreement without the necessity of filing a new lawsuit. The trial court is under a duty to render a judgment that is in exact conformity with an agreement or stipulation of the parties. If interpretation of a stipulation is in order the rules applied are those applied to the interpretation of contracts; but nothing in section 664.6 authorizes a judge to create the material terms of a settlement, as opposed to deciding what terms the parties themselves have previously agreed upon. In a recent decision from San Diego the parties, adjoining property owners, entered a settlement agreement but continued fighting afterwards. The Court, on entering the judgment, tried to adjust to what had happened in the interim, varying the judgment from the terms of the agreement. The court of appeal said no dice and reversed the judgment.

Machado v. Myers was a dispute between neighbors whose homes sit on adjacent lots that were once part of a single parcel which, when subdivided, did not account for a five-foot setback for a part of one home now owned by Appellants. The parties entered a Settlement Agreement at the settlement conference on the eve of trial – terms of the agreement set out below. They did not initially have a judgment entered.

The initial problem in the case was with the first requirement of the settlement agreement: 1(a): [Appellants] will move the [air conditioning] unit from its current location to a location that is not on the east side of their property, north of the current back door, or the north side of their property. Machado claimed they did not move it.

END_OF_DOCUMENT_TOKEN_TO_BE_REPLACED

A settlement agreement resulting in entry of a judgment results in a ‘stipulated’ or ‘consent’ judgment, which is not appealable. However, settlement agreements often include provisions for future enforcement – such as penalties, fines, and injunctive relief. But once a judgment is entered the trial court loses jurisdiction to consider the matter further. One recent decision involved a settlement that misfired on all procedural cylinders – the trial court had no jurisdiction, and the consent judgment (and the trial court’s order after it) could not be appealed because consent judgments are not appealable. I discuss the details of what went wrong, and suggest some possible solutions.

In Joseph Howeth v. Tina Coffelt, the parties were neighbors in adjoining beachfront houses in Oceanside. They shared a common driveway on their property line which provided the only vehicle access to their two properties. They had reciprocal easements providing equal rights. Nonetheless, they could not get along, and argued over parking and access. Eventually this suit was filed by one to enjoin the other from parking. At the mandatory settlement conference they entered a settlement agreement (full language at the end of this post) agreeing to a specified parking regime. They also provided an enforcement procedure. For violation of the agreement there was a $500 fine, enforceable in contempt proceeding. Lastly, the settlement provided that it would be entered as a stipulated judgment.

Of course the problems did not end, and 6 months later one party filed a motion for “entry of interim money judgment.” The trial court denied the motion because it did not have jurisdiction – there had been a final judgment. The party was required to file a new breach of contract action to enforce the terms of the settlement agreement. The appellate court then said the trial court ruling was not appealable.

END_OF_DOCUMENT_TOKEN_TO_BE_REPLACED

In my prior post, I discussed a decision concerning a settlement that had had a large penalty for failing to make payments. The court found that it was an unenforceable illegal penalty, and not a legitimate liquidated damages provision. Liquidated damages are damages whose amount the parties agree during the formation of a contract (a settlement agreement is a contract) for the injured party to collect as compensation upon a breach. Sacramento business and real estate attorneys commonly see clients whom, in entering a settlement, want rigid penalties for failure to perform. In a recent decision the parties wisely tried, in a settlement agreement, to establish how their damages provision represented less than the total possible damages amount, and that the provision was to encourage the defendant to make the settlement payments. At the trial level, the defendant did not argue that an unenforceable penalty was involved, and the court ruled against him. On appeal, he tried to claim it was unenforceable. The appellate court, after a review of the law of unlawful penalty provisions, but did not decide whether this case involved a penalty – the defendant waived the argument by not making it in the trial court. 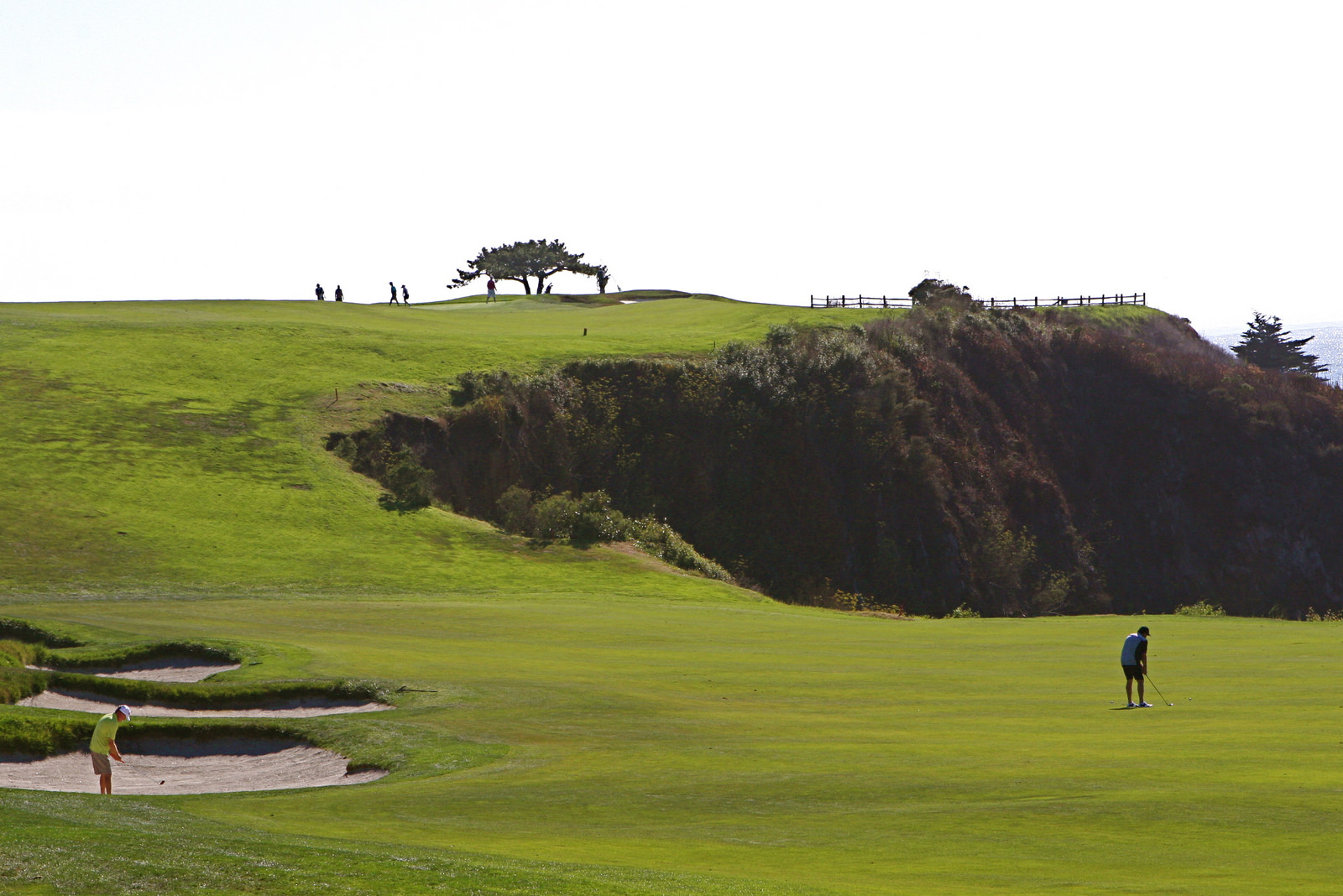 Aisha A. Krechuniak v. Zia Jamal Noorzoy involved a brother and sister. The Sister owned property in Pebble Beach and entered a contract with her Brother for the Brother to develop it. He obtained money from investors, and she took out loans to fund the development. The Brother did not use any of the money for development or to pay the mortgages on the property. There was a default and foreclosure.

Sister sued, and at Mediation they entered a settlement that provided for Brother to pay $600,000 in installment payments (relevant settlement language at the end of this post). They also agreed that a stipulated judgment against the Brother in the amount of $850,000 would be executed and held unless and until there is a default in payment.

END_OF_DOCUMENT_TOKEN_TO_BE_REPLACED

In a recent California case, a homeowner sued their community Homeowner’s Association (“HOA”) for failing to enforce the Conditions, Covenants, and Restrictions (CC&Rs). They also sued other homeowners, who supposedly violated the restrictions.

Apparently the parties had tentatively reached a settlement outside court just before the day of trial, so on the day of trial, the parties appeared in court to put the settlement on the record by reciting it orally in court (As allowed by Code of Civil Procedure §664.6). However, the HOA representative did not appear- their attorney was there to represent them. Later, the homeowners decided they did not like the terms of the settlement, and would not agree to it, so the HOA sued to enforce it.

Section 664.4 states “If parties to pending litigation stipulate, in a writing signed by the parties outside the presence of the court or orally before the court, for settlement of the case, or part thereof, the court, upon motion, may enter judgment pursuant to the terms of the settlement.” The question was what the legislature meant when it used the term ‘parties.’ The court noted that in other contexts the term party includes the litigant’s attorney, but settlement is such a serious step that ends the lawsuit, and requires the client’s express consent. It thus restricted the meaning of party to be the actual litigant themselves. As there was no authorized representative of the HOA in court, the settlement was unenforceable.

END_OF_DOCUMENT_TOKEN_TO_BE_REPLACED

California law provides a convenient way for parties in a lawsuit who reach a settlement to allow the court to enforce the settlement agreement, even if the settlement will take years to perform.  Code of Civil Procedure section 664.6 provides that if parties to pending litigation agree in a signed writing to settle the case, the court may, on the motion of a party, enter judgment pursuant to the settlement, and retain jurisdiction to enforce it.

A losing defendant recently found out that the the key words in this code section  are “pending litigation.”  He had a large money judgment against him, and two years later the winning plaintiff was levying his bank account.  The parties entered negotiations for payment of the debt for less then the full amount of the judgment.  Ultimately the creditor continued to go after the money, and the defendant brought a motion under 664.6, claiming they had reached a settlement.

The court denied it, pointing out that the case already had ended in a judgment that was final.   There was no pending lawsuit. The law only allows one final judgment, and the only thing 664.6 allows is entering a judgment.  The court contrasted this situation with post-divorce child support matters- there, the judgment usually provides for “continuing jurisdiction,” meaning that this is not the final judgment.